Two layouts and a mixed media project by Marie-Josée

First, let's have a look at the Tranquility layouts...

For this layout, I used various chipboards, the Charleston Corners and the Victorian Corner. I altered both with Blue Fern Studios embossing powders. I layered three colors. I started with Mushroom, then I used Chili Powder, and I finished with Oatmeal.

I used the Always and Forever chipboard for the title, which I left bare.

I also used many flowers for the Tranquil Blooms set and the Tranquil Roses and Lilies set. I combined them with smaller flowers that I had in my stash. 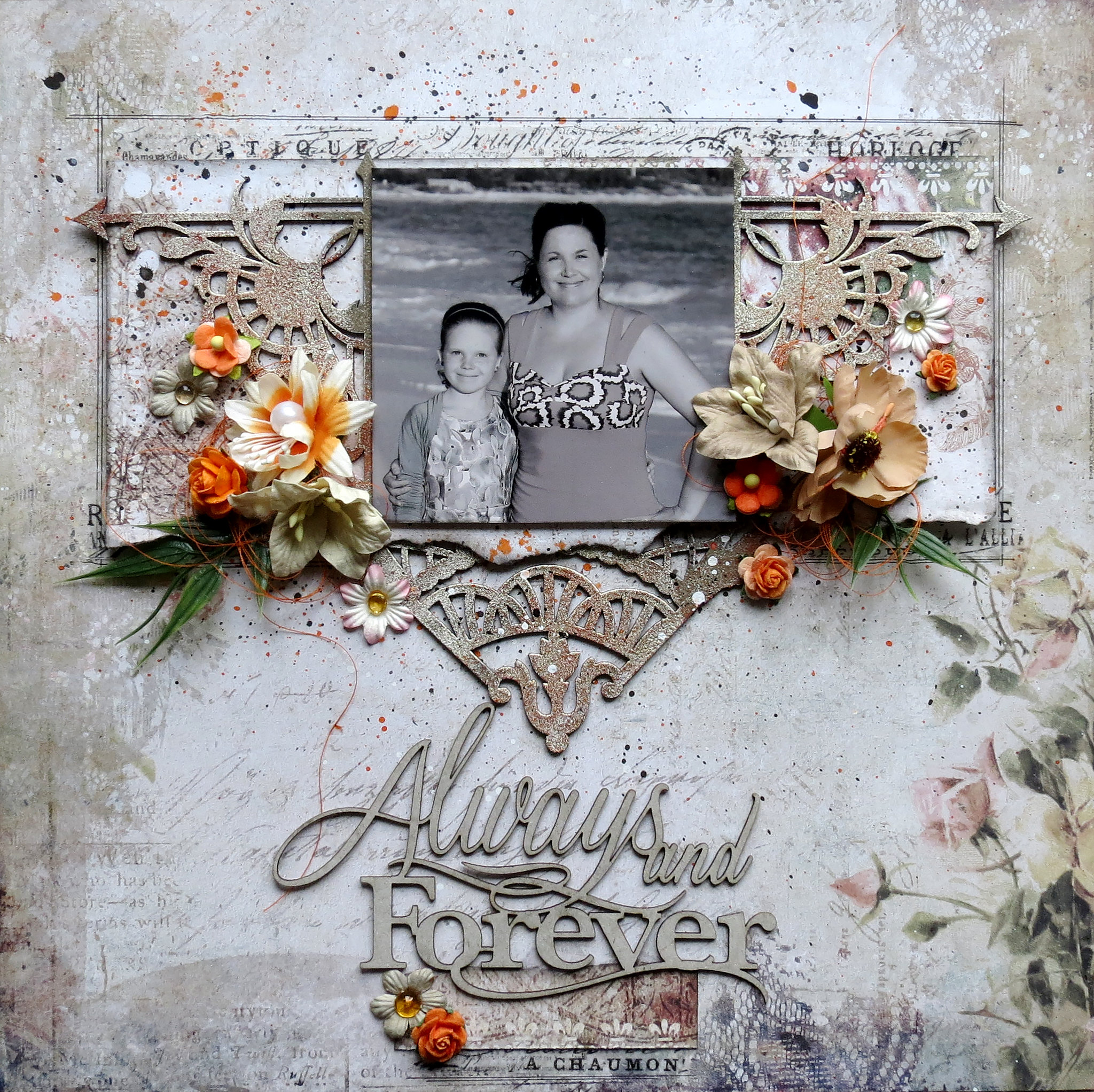 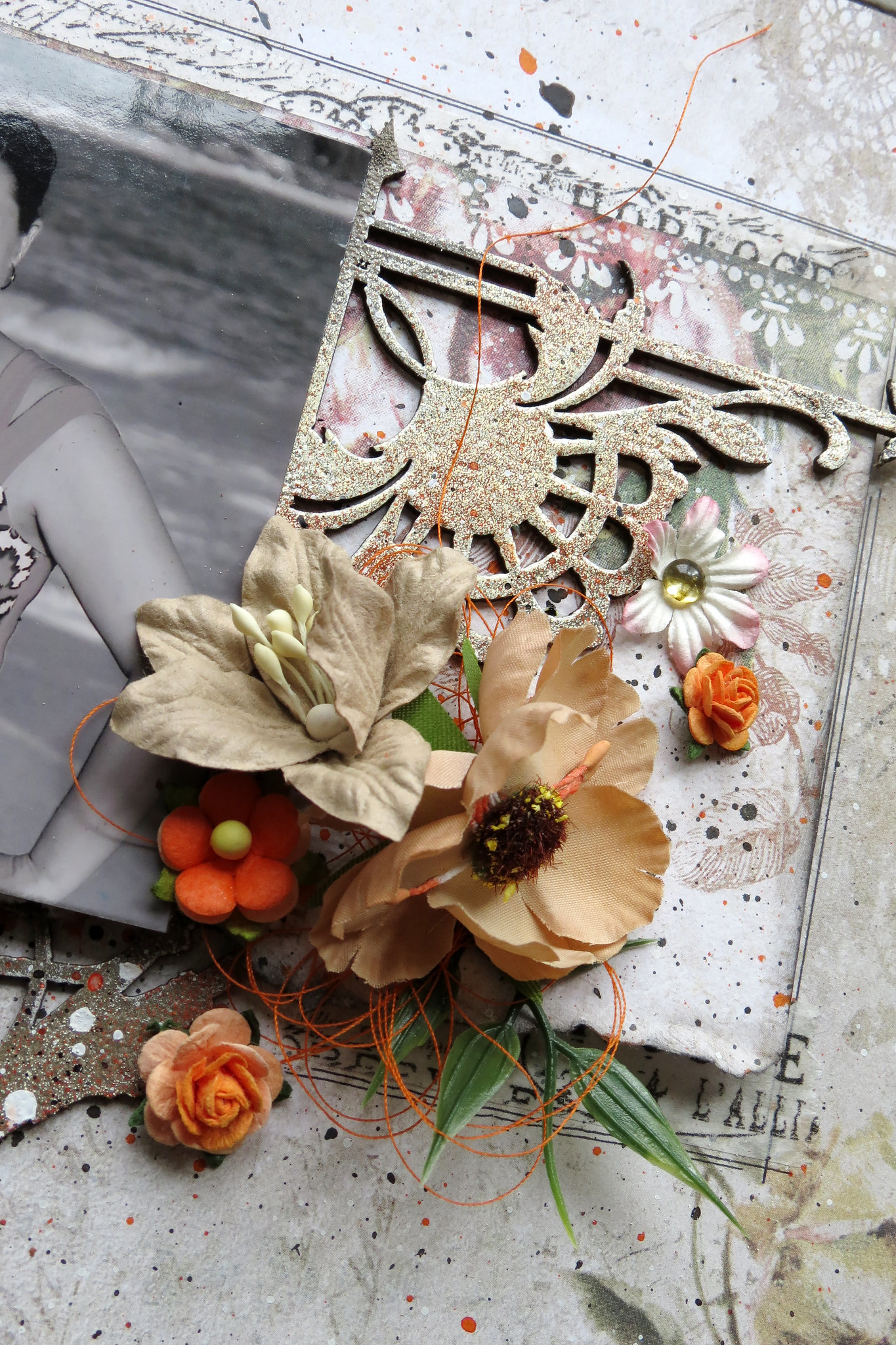 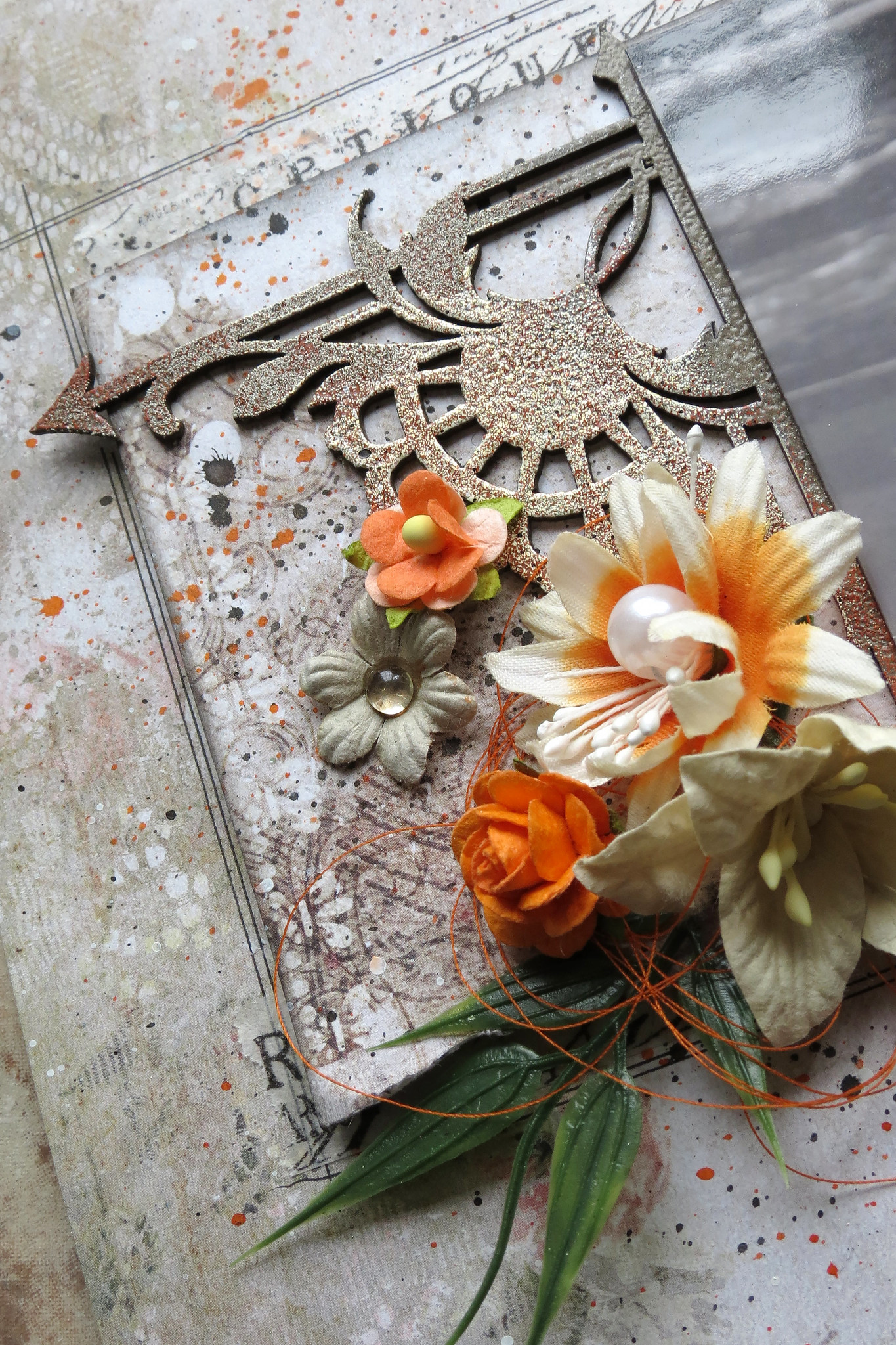 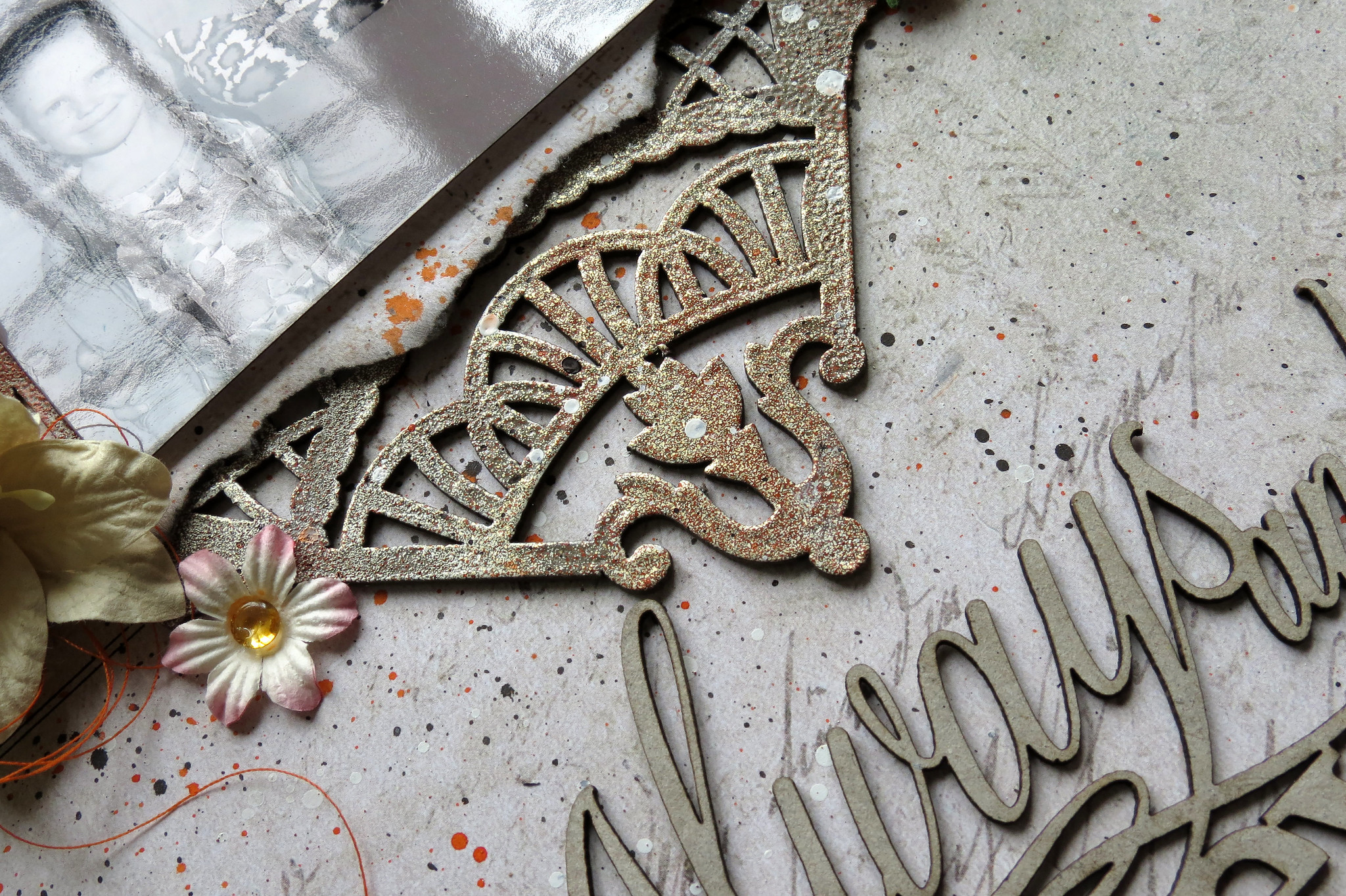 For this layout, I used the Scalloped Border chipboard, which I altered with two different colors of Blue Fern Studios embossing powder, namely Mushroom and Sea Mist.

I used the Everyday Moments chipboard for the title, which I left bare. 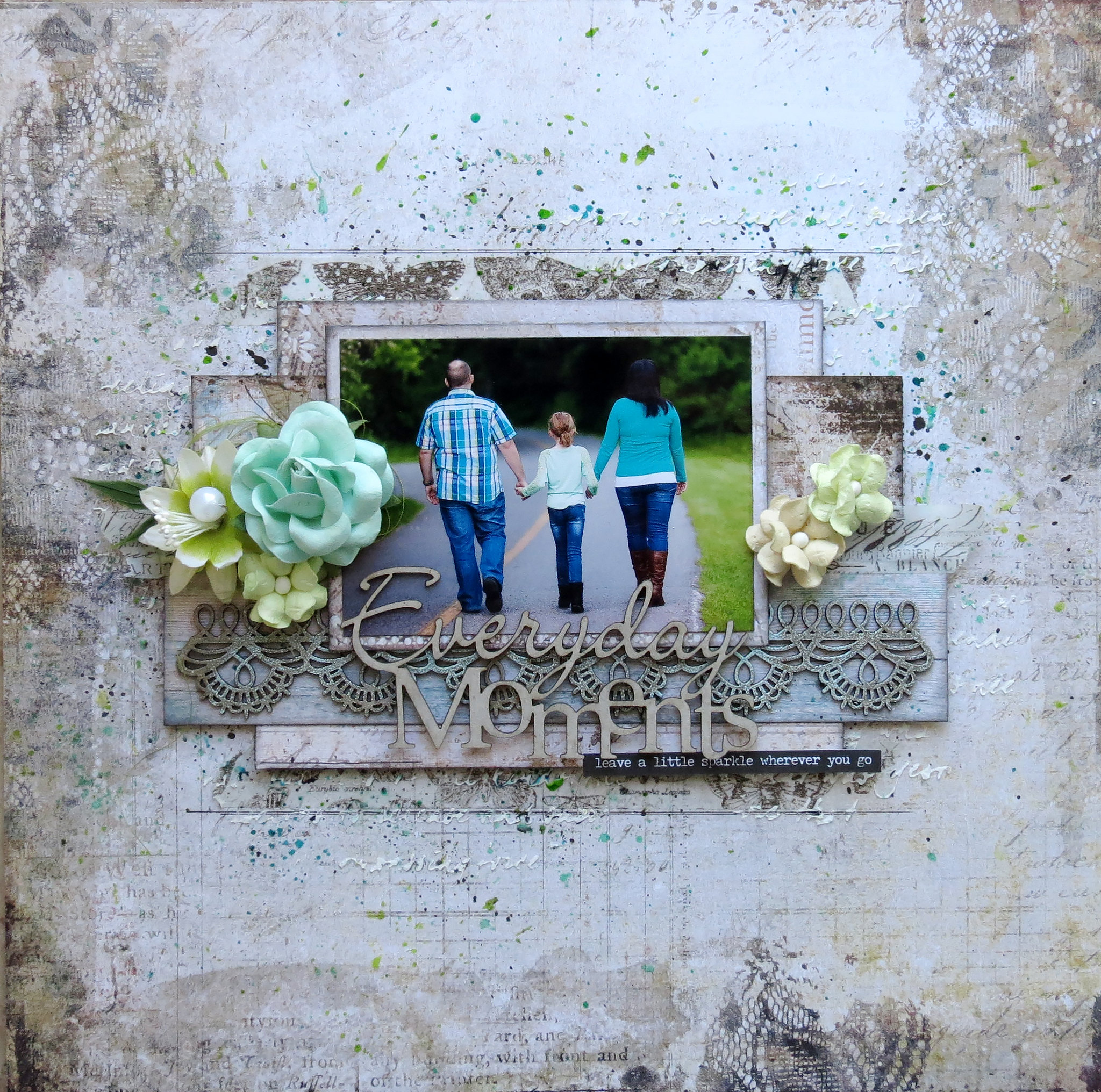 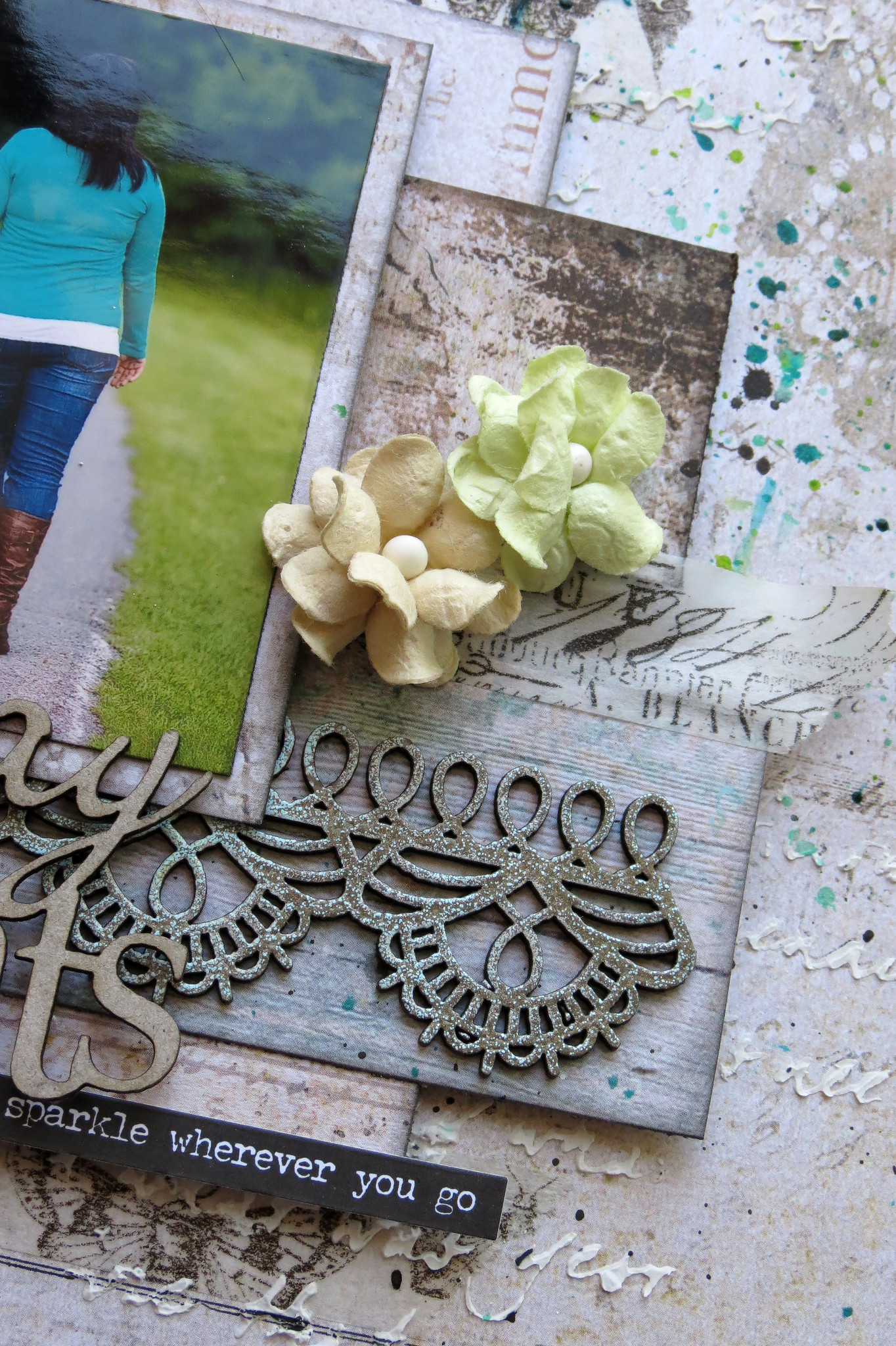 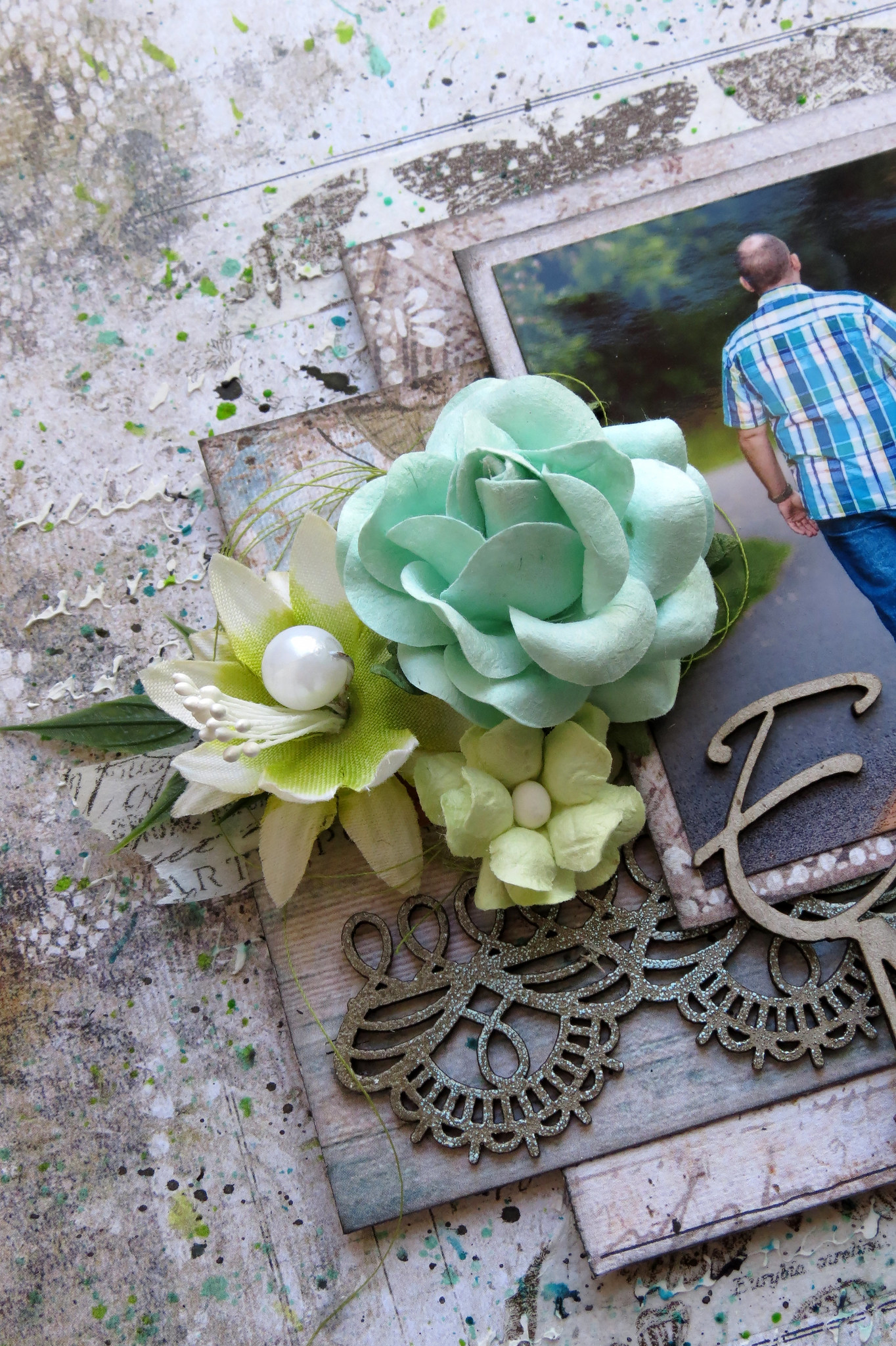 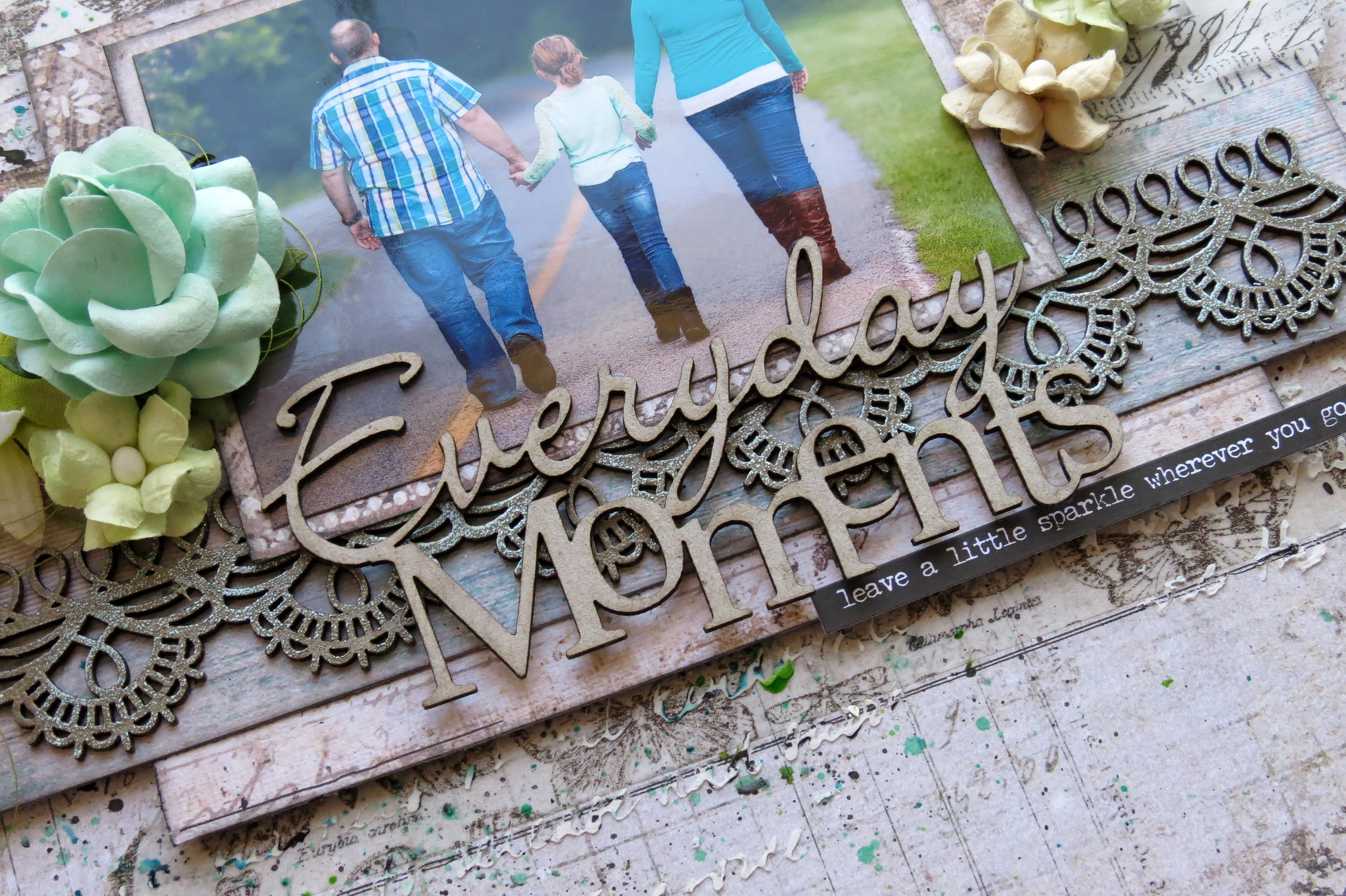 My last project is a mixed media project on a 10" x 10" canvas. I glued a piece of the Chickenwire Panel to my background, and then, I added pieces of two circles from the Graduated Circles set pn top. I primed the whole thing with black gesso.

Then, I mixed some iridescent pigments with a glaze and applied different colors all over my background : blue, violet, red, and gold.

I did the same thing with three Blue Fern Studios flowers and I glued them to the background.

I used the Memories Captured title from the Captured Words set and altered it with Blue Fern Studios embossing powder. The color I used is 14Karat. 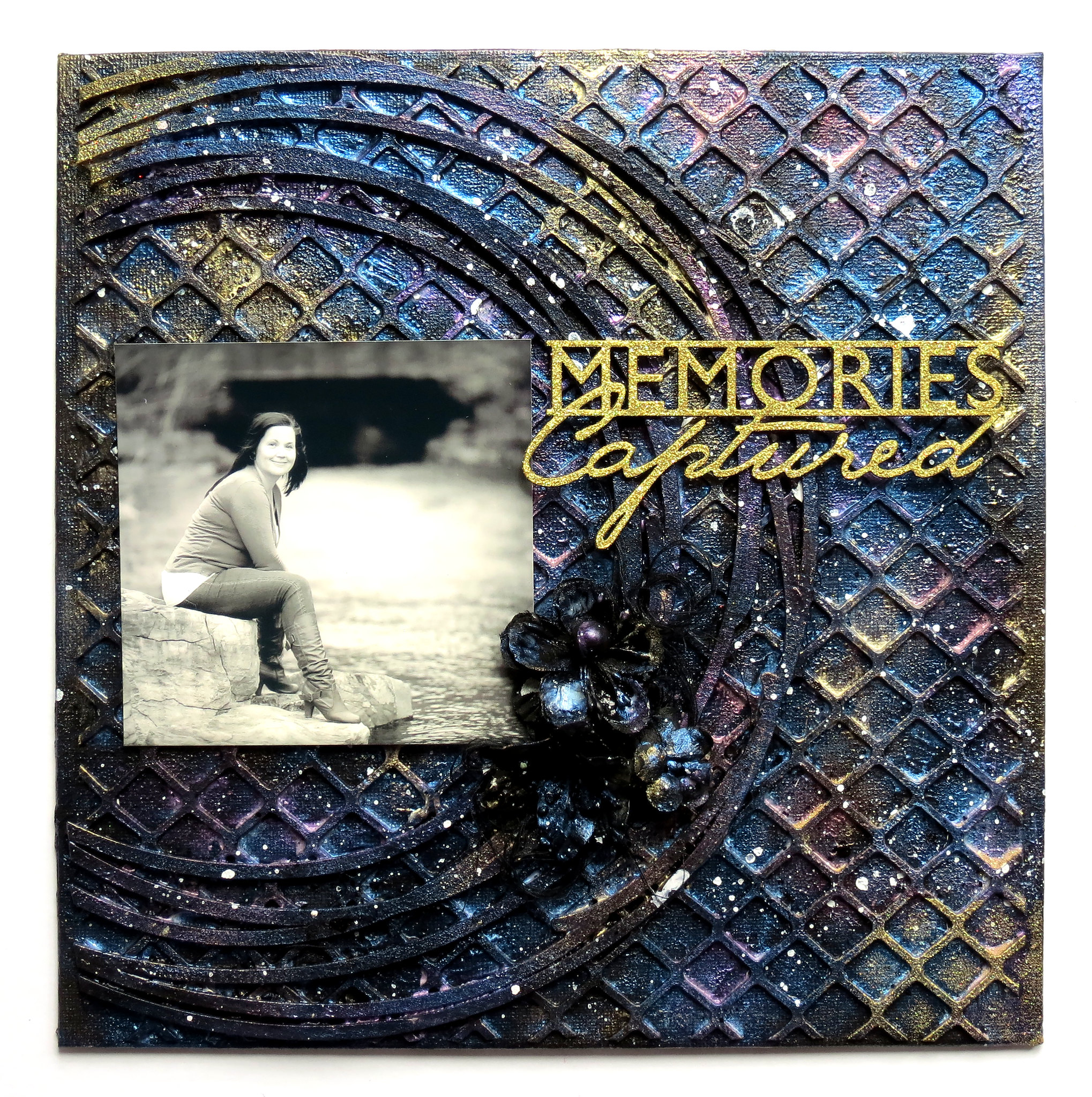 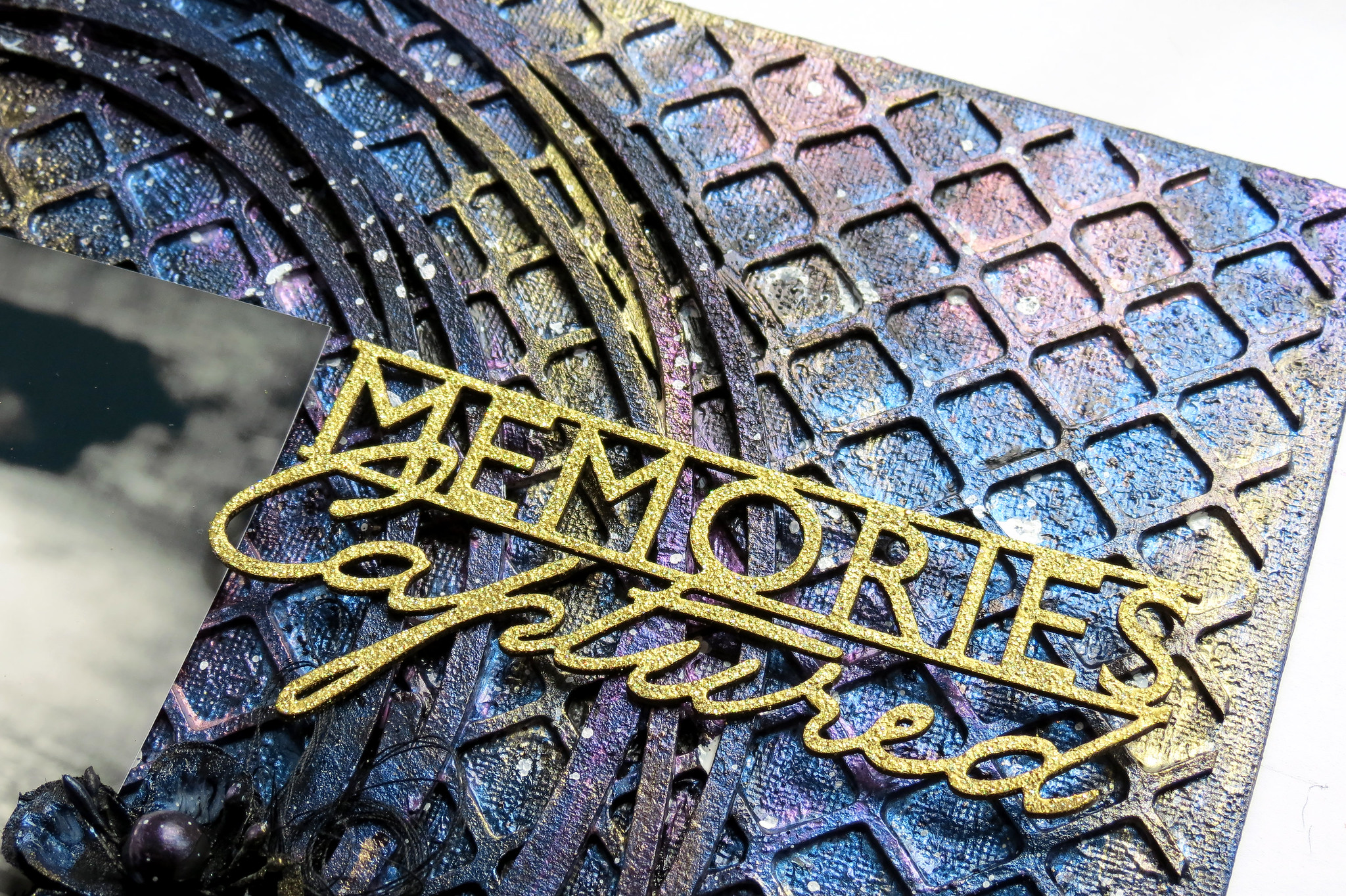 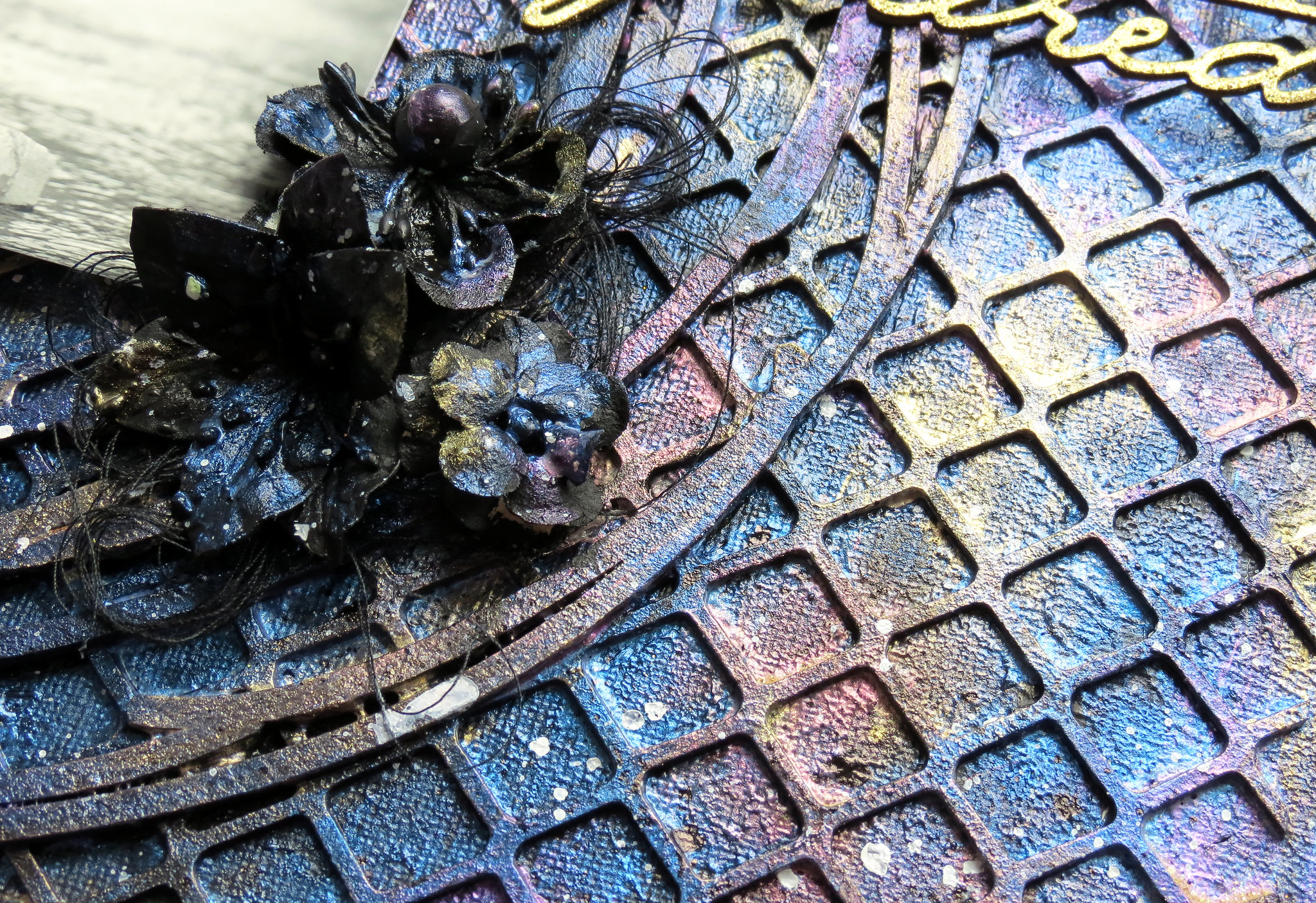 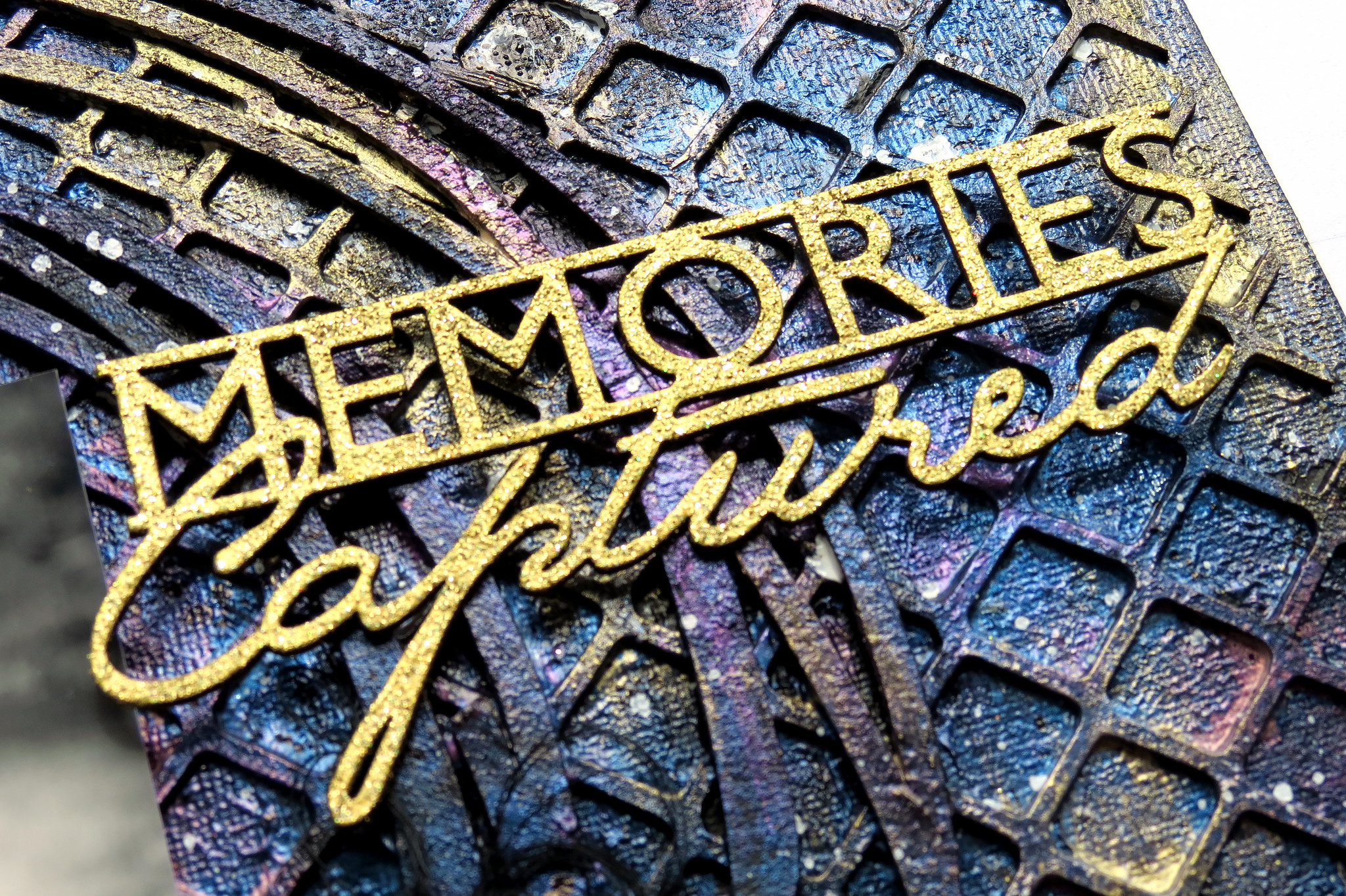 Posted by mariemily at 2:30 AM