May Inspiration with Sandi Clarkson

Sandi here with you today sharing 3 projects using 3 different collections. Because I work ahead, only one of these is done using our newest Tranquility collection. However, that gave me a chance to catch up on some faves.
This month it seemed that "my jam" was using a mix of embossing powders and glitters on a single chipboard piece. So fun! 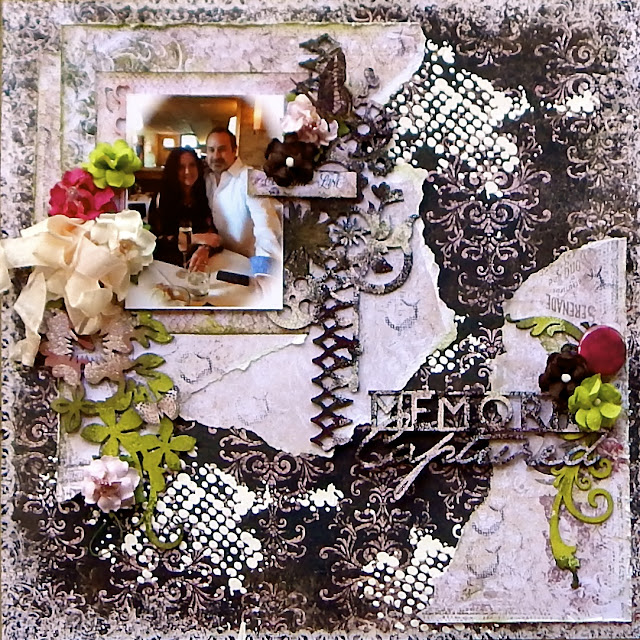 My new favorite! This is one of those projects that is so sparkly in real life but is hard to capture with the camera. I've used the gorgeous Serendipity papers and layered and stamped them to create a unique effect. The darker pattern is Reminisce, side B. It provides such a dramatic backdrop. 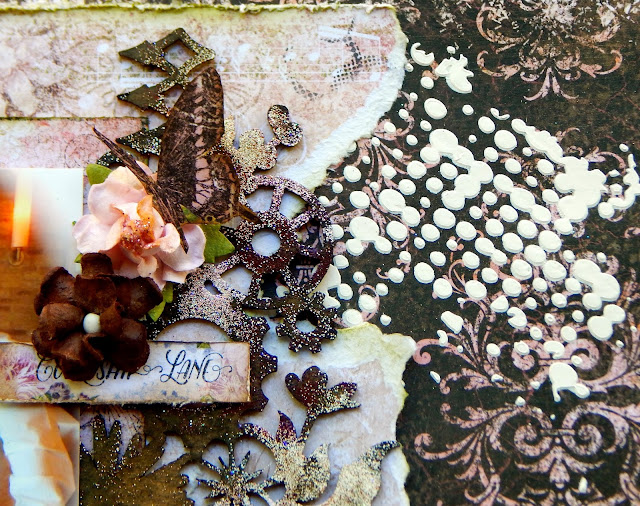 The Deja Vu Atelier chipboard, as well as the Captured Words title chipboard were altered with black gesso as a primer and then glammed with Oatmeal, Garnet and Cotton Candy Embossing Powders along with some Dusty Rose glitter. 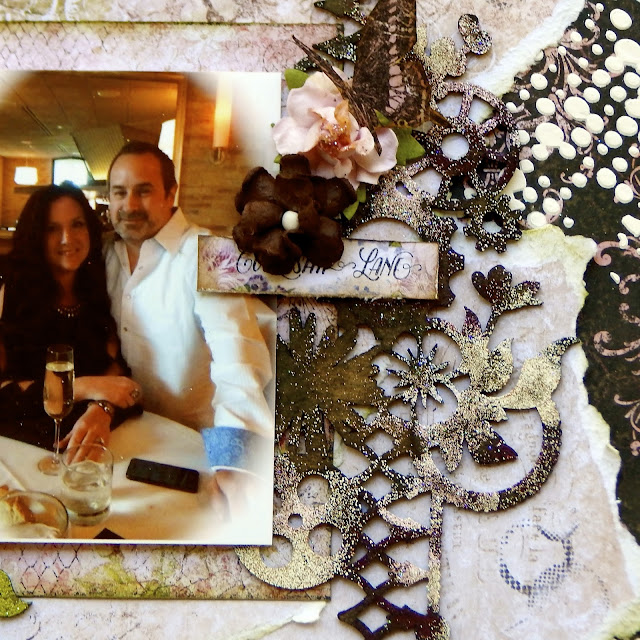 The contrast of the Oatmeal Embossing Powder on the blackened chipboard almost gives a silvery sheen. I love experimenting with different combinations! Here I've added a fussy cut butterfly and some of the Courtship Lane Roses and Blooms. I used the Courtship Lane branding strip as a subtitle.  Off to the right you can spy some of the Halftone stamping. 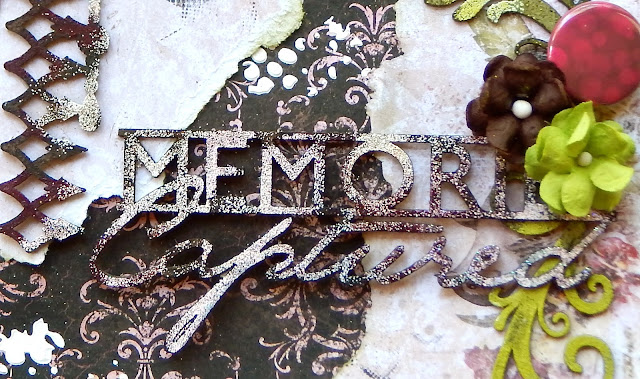 The title is from the Captured Words set and is treated the same as the Atelier chipboard. To the right and under it, I've layered in a Whimsy Flourish that was colorized with a gelato and then enhanced with some random embossing using Lime Embossing Powder. Again, some Courtship Lane blooms were added. 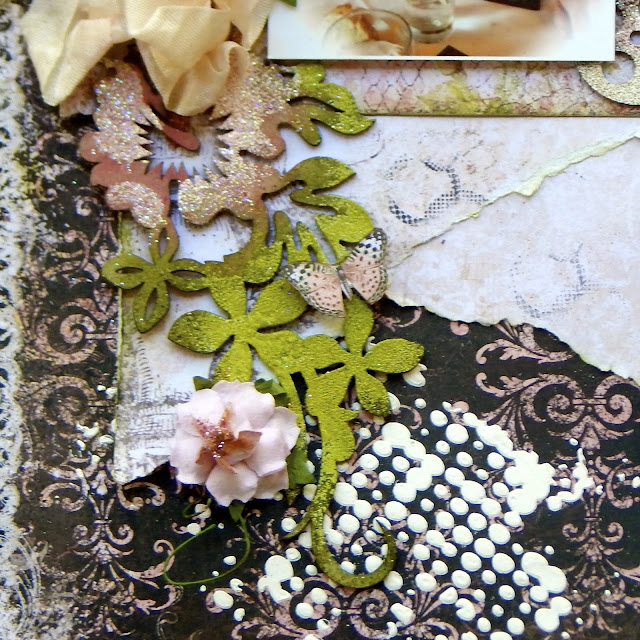 The Aloha Flower chipboard was primed with white gesso, then colored with gelato and and again randomly embossed. For consistency, I've used Lime on the stem and leaves, Cotton Candy on the flower itself. 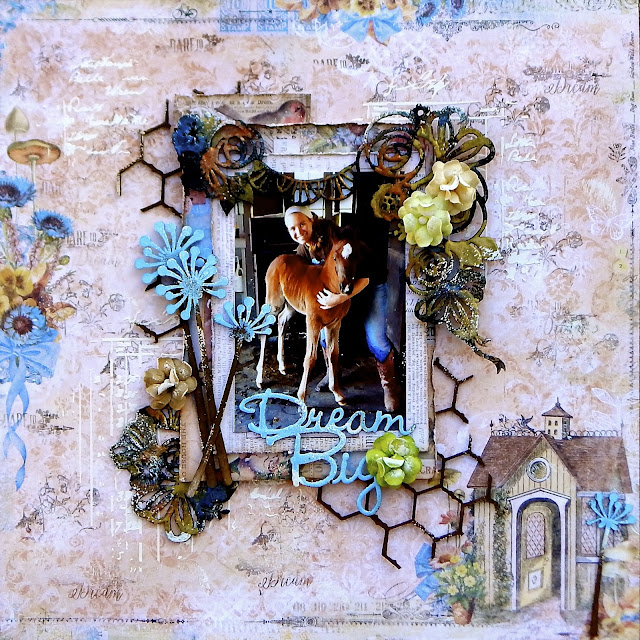 This next layout was so fun for me because it's a little different from my usual style. But with a photo this cute, you just have to let it inspire you!
This is my sweet granddaughter MacKayla and her new foal.

Since this girl loves going to the barn, I thought this particular paper from Autumn Anthology (Cottage) might fit the bill. I used a few others for layers and stamped the background with the Dreamy stamp.
I grabbed some of the older Chicken Wire chipboard, inked it and tucked it in. 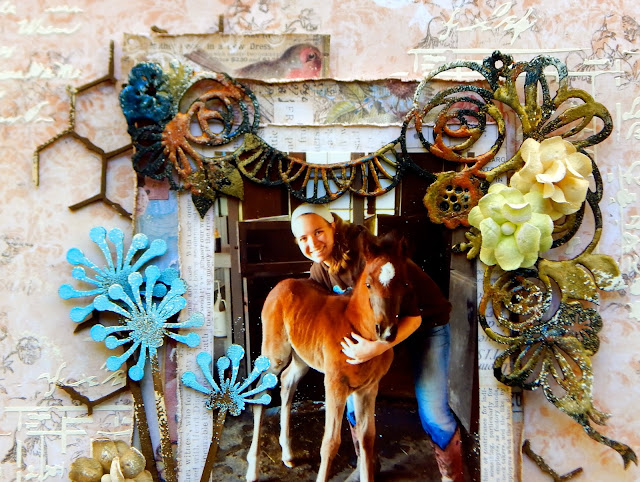 The right corner flourish you see is actually a trimmed corner from the Rose Frame chipboard piece which is almost 11x11 inches. Once again I went with priming with black gesso and adding a combination of fun Embossing Powders. This  time I've used a combination of the paper and the photo for my inspiration.  So, first, Seven Seas, then Tangerine and lastly Honey Embossing Powder. At the end of my composition, I dabbed with white gesso. A couple of Courthsip Lane blooms and that part was done! The little left hand corner piece was treated the same.

Since the Pretty Weeds flowers are right there to the left, let's talk about them. The flowers were embossed with Bonny Blue Embossing Powder while the stems were inked. Love how they brighten things up! 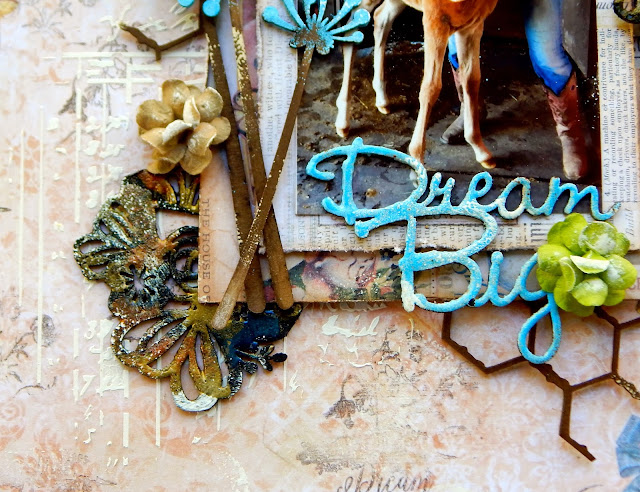 I needed my title chipboard "Dream Big" (from the Optimist Set) to be light in  color, so I used the Bonnie Blue Embossing Powder again. Then later dabbed with white gesso. Here you can also see that left hand piece of the Rose Frame and more of the Pretty Weeds. And of course, good old Chicken Wire! All that was left was to add some more of the Courtship Blooms. 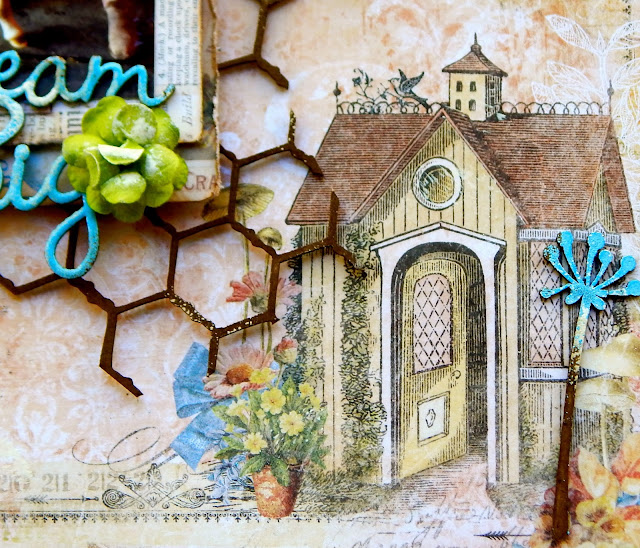 One more Pretty Weed over to the right of the little house image … which I'm imagining as a barn! 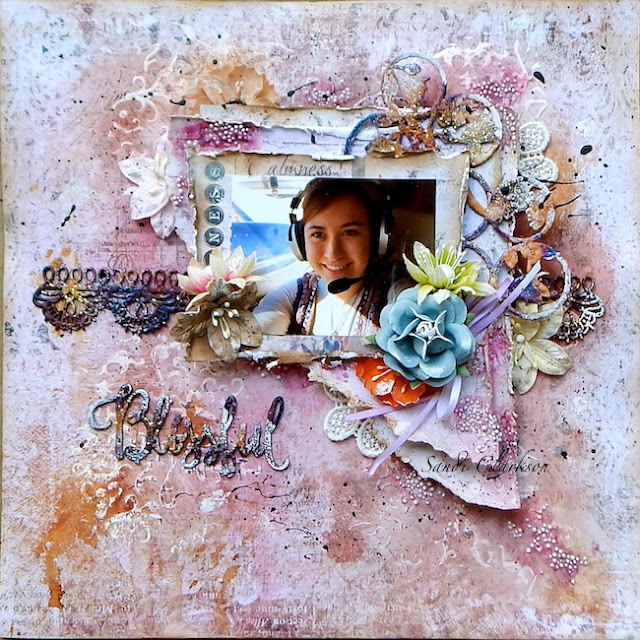 Last but not least is my example for the Tranquility Reveal.
My primary background paper is the B side of the Hushed paper. More Hushed paper was utilized as torn photo layers to help build the background along with a Calling Card. I've done some stenciling and added some random mist colors from my stash.

All my chipboard pieces were treated the same to create a cohesive look. I've again done multiple embossing powder over clear gesso. 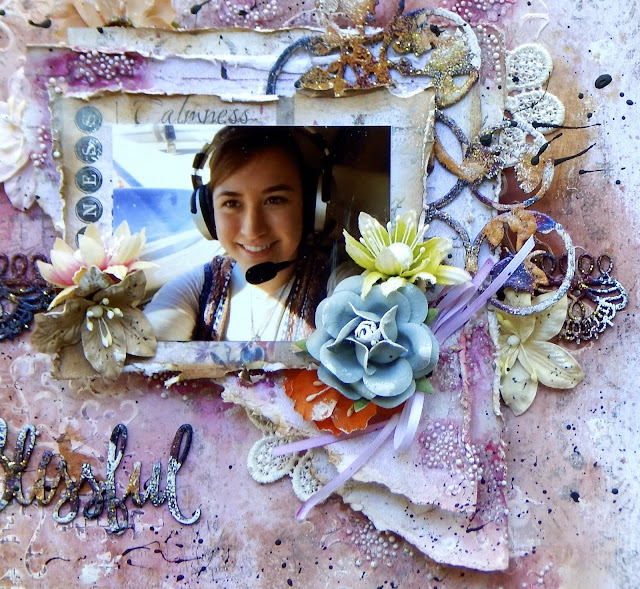 Some Organic Coins were used as a photo layer and embossed with In the Navy, Nutmeg and Garnet Embossing Powder.  Fool's Gold Glitter was also added in for sparkle. The Scalloped Border chipboard is just barely peeking out on each side of the photo. My Blissful title was treated the same as well.
I enjoyed using the new Tranquility Flowers on this page, so added them generously! 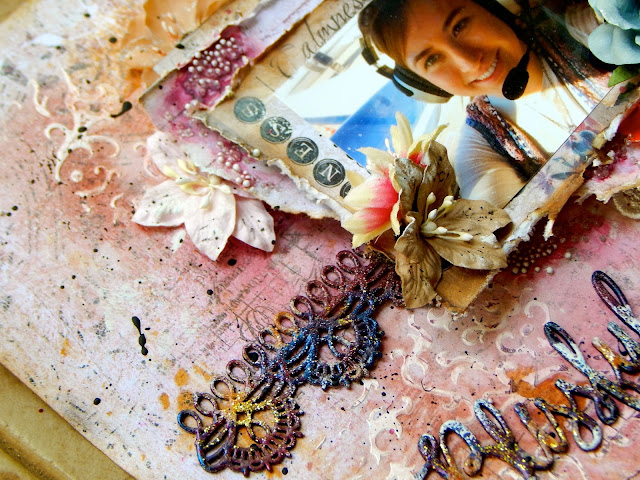 A better look at that Scalloped Border chipboard and Blissful title.
You can see bits of the Making Plans stamping that was done as I was preparing my background. I've used black splattered paint as a finishing touch. I also added some black dots to my lilies to make them more life-like. 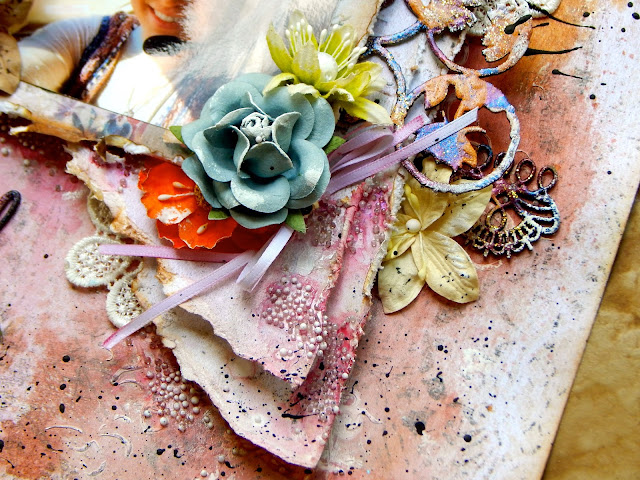 Just wanted to share one more image of these gorgeous Tranquility Roses and Lilies.

That's it for this month!
I hope you've found something to inspire you!
Sandi

Posted by Sandi Clarkson at 4:00 AM