Hello Everyone!!
Its Keren here with two projects for Blue Fern Studios!
I usually create two layouts but this time I wanted to create something different with the Courtship Lane collection. 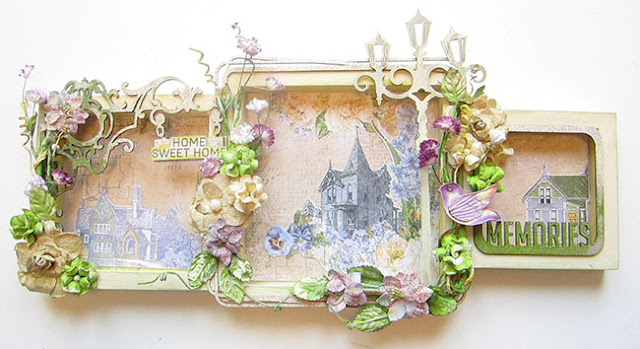 I really love the vintage house images on the Courtship Lane papers so I fussy cut them to fit into my three part shadow box frame.
I cut three different houses to fit each of the boxes as they measured 3,4 and 5 inches squared respectively. The houses were cut out of the West Plaza, East Plaza and Calling cards papers. 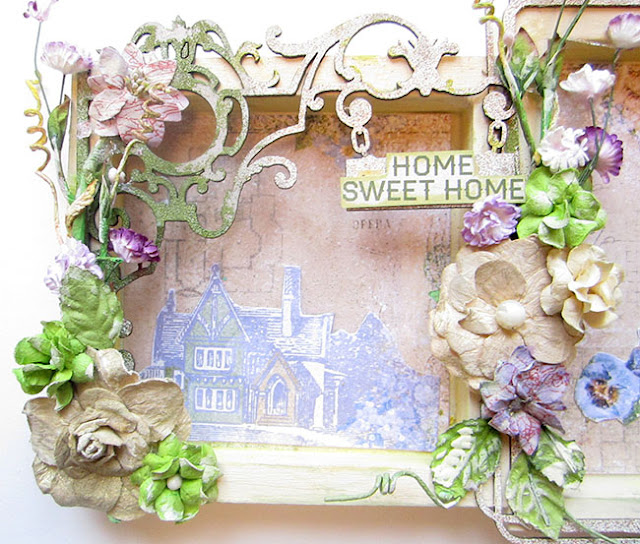 The middle box was framed with one of the graduated squares. The right box was framed with the Memory frame. Finally I placed the Iron Signage chipboard on the top corner of the left shadow box.
All three chipboard pieces were embossed in both Oatmeal and Sage embossing powders.
Then I added a "Home Sweet Home" phrase out of the Calling Cards paper to add to the sign. 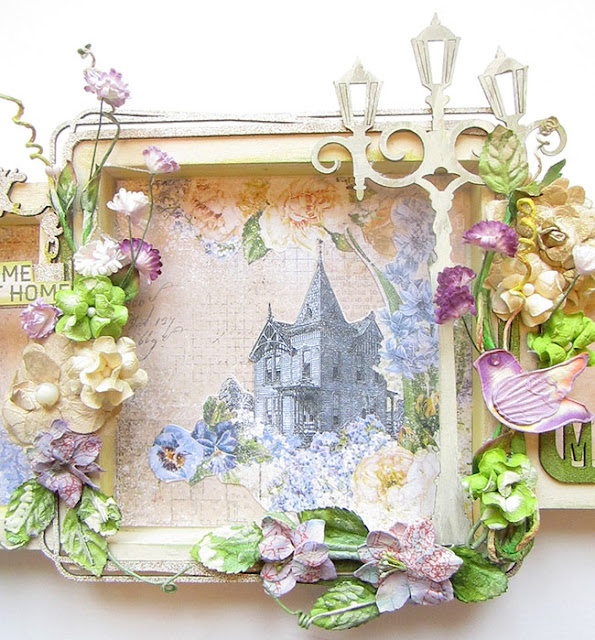 I added some matching  Courtship flowers and other vines to embellish around the frames as well as the Evening Lamp Post  chipboard which was simply painted with acrylic paint. 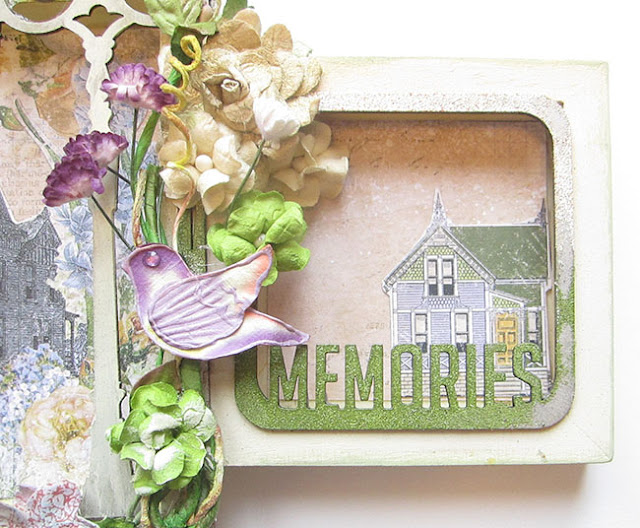 For my second project, I used the Town Gossip paper from the Courtship Lane  for the background. 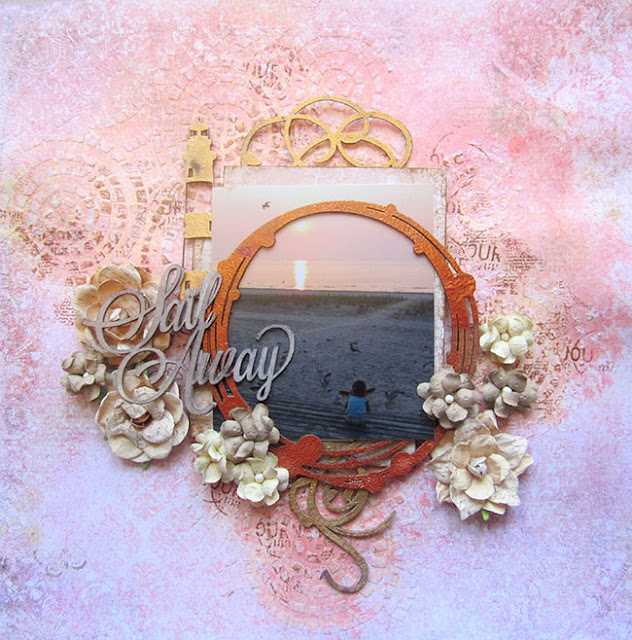 I framed the photo in one of the Beaded Strings chipboard which was embossed with Tangerine embossing powder. I also added the swirly doodle under the photo. I cut it in half so it would show under both ends of the photo. Both the light house chipboard piece from the "By the Sea" set, were embossed in Ginger embossing powder 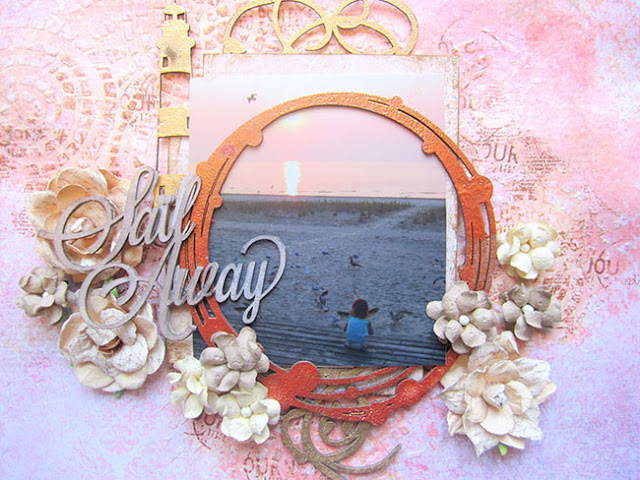 The sail away title was sprayed in brown to match the Courtship Lane flowers.
I also used the Journey stamp to create some texture in the background with brown ink. 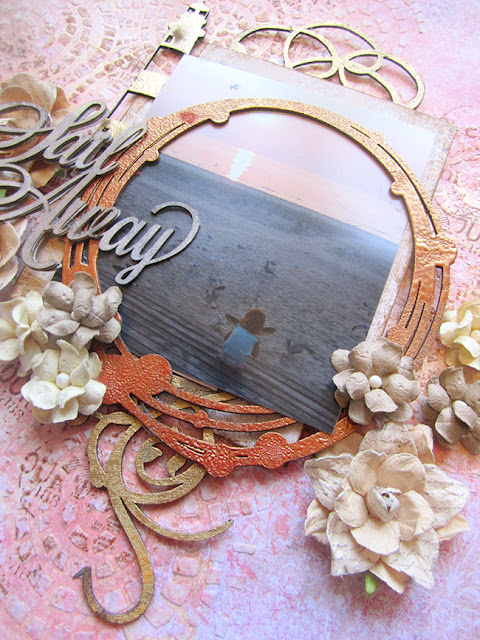 Thank you so much for visiting the Blue Fern Studios Blog