Your October Inspiration with Patter

Well, it's the 21st which means it's my turn to share some Blue Fern Studios inspiration. For my creations this month, I created a card and a layout for you along with a layout using the October sketch. Let's look at each of them.

Sweet
When our identical triplets daughters turned 20 this past September, two of them were away at college. Celebrating a milestone with them away from home was hard. So, I enlisted the help of one of their friends at school to have some special surprises waiting for them on their special day. In order to thank her for her help, I created this card and included a gift card.

I started with the new Blue Fern Studios Montage papers (Now and Then and Fairyland). Then I added a sentiment from the Arrow Words chipboard set. 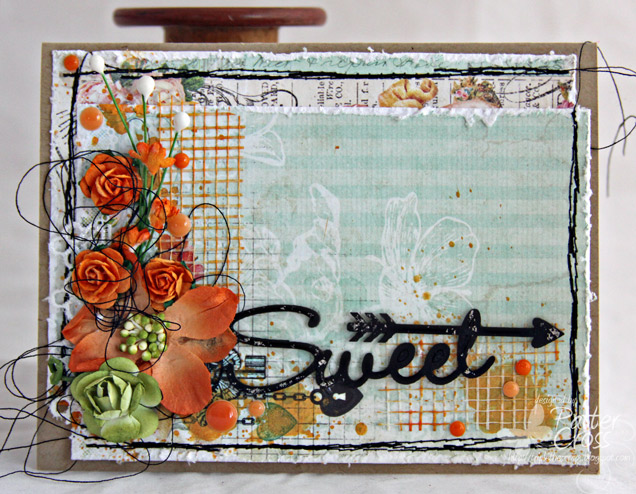 To color the chipboard, I lightly tapped on some black gesso. You can still see some bits of the natural chipboard showing through. I wanted it to have a more textured look instead of painted just black so I was able to achieve that by painting it in this way. 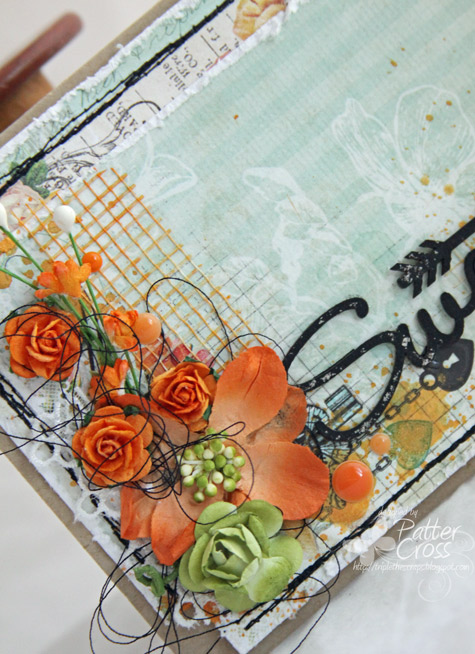 
Cherish
For this 8 1/2 x 11 layout, I started with the new Blue Fern Studios Mercantile paper. I toned down the background just a bit by putting down a thin layer of gesso. Once dry, I added some stenciling and Gelatos for color. 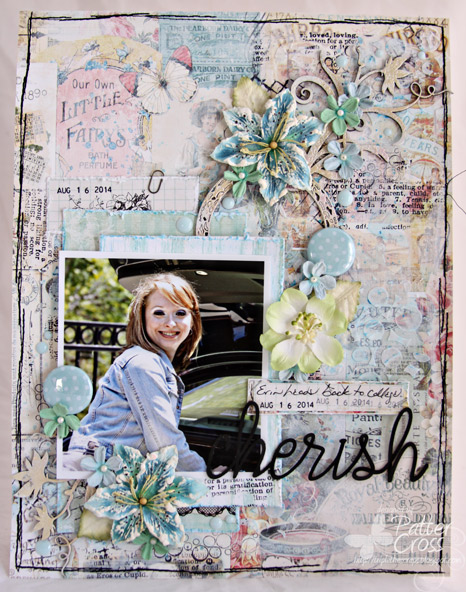 I used two chipboard pieces from Blue Fern Studios—Adore, Love, and Cherish that I used for the title, and the Wild Flourish Frame. To cover the title chipboard, I just covered in black gesso. To cover the flourish chipboard, I first coated it in gesso. While the gesso was wet, I sprinkled on two different colors of embossing powder. 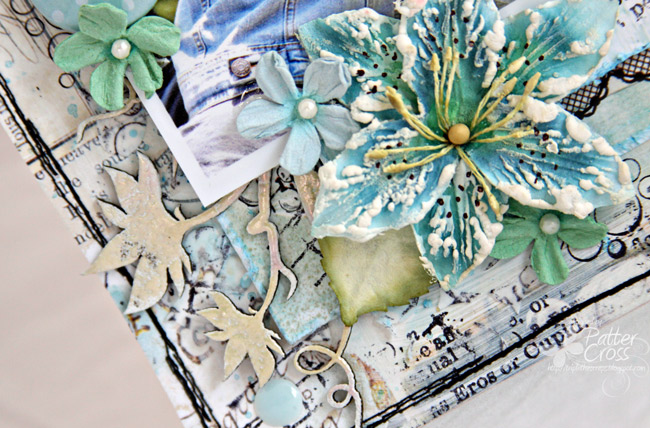 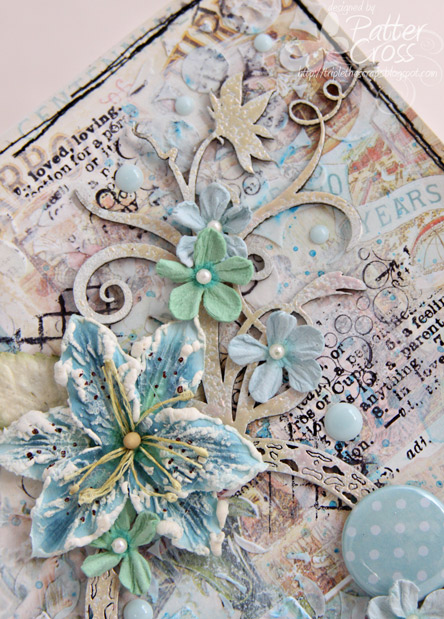 Memories
This photo is very precious to me. This is my daughter that went on an 8-week ministry trip this summer as lead guitarist for a worship band called "The Difference." I am so proud of her. I used this photo of her playing during chapel at school to create this 8 1/2 x 11 layout. 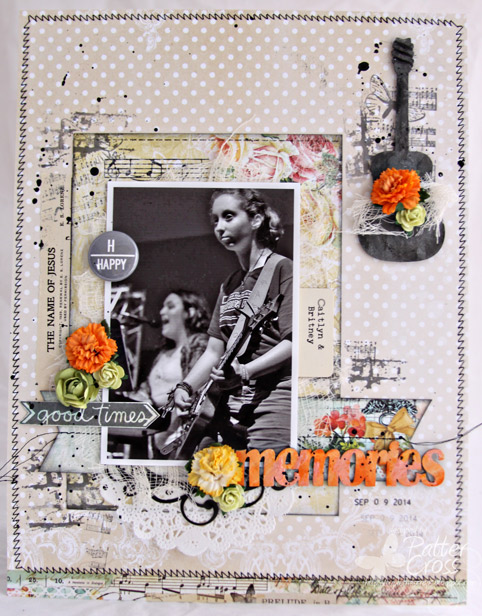 I used the new Blue Fern Studios Montage paper line. The Icon Set One chipboard set was perfect for this layout as it has a guitar in the set. I covered the guitar with Inka Gold graphite. Then I added some smudges of Gelatos in black licorice. I think it gave the guitar a nice effect. I also wrapped some twine around the top of the guitar for "strings." 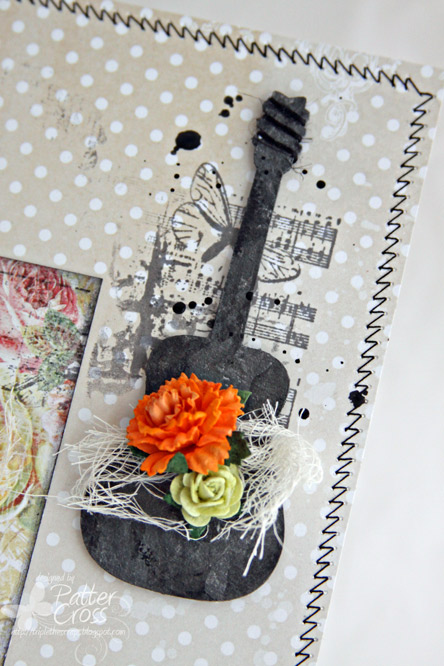 For the rest of the layout, I used the Chunky Words chipboard set for the title. I covered that chipboard piece in Gelatos and Shimmerz Dazzelerz. 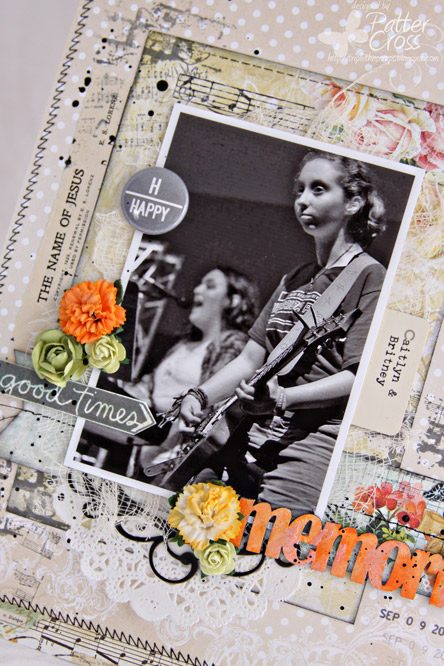 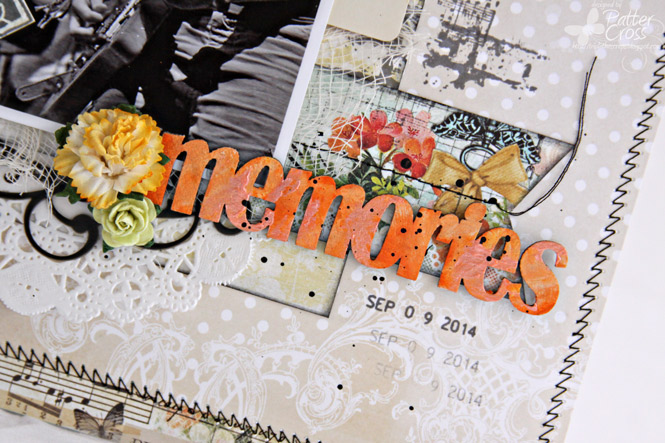 Thanks for stopping by, and remember there is still time to join in the Blue Fern Studios October Sketch Challenge. Click here for details. Blessings,