An 8 1/2 x 11 Masculine Layout
My hubby just celebrated his 50th birthday. So, a picture of him at his birthday dinner was the perfect photo to scrap. I used the Twiggy Branch chipboard to frame around his layout. After covering it in gesso and spraying with different mists, I just cut it apart and used in various places around his photo. For the title of my page, I used the words "My Guy" which are found in the Mister Stuff chipboard set. I covered the title in black gesso. 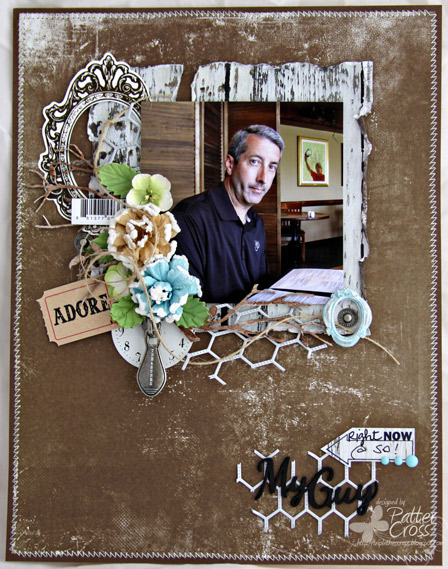 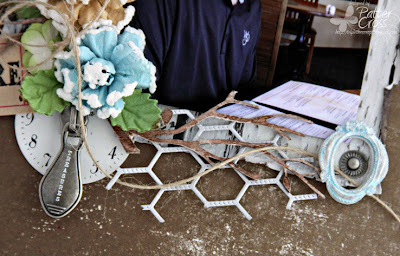 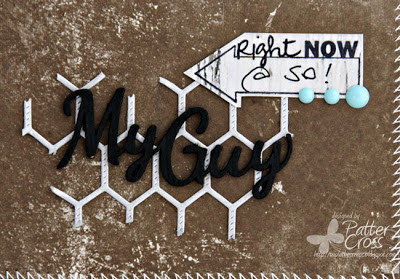 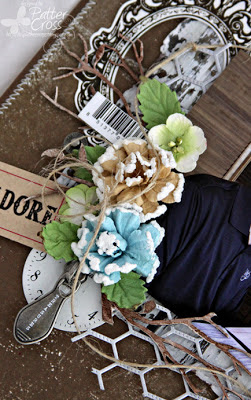 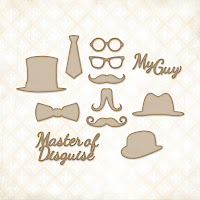 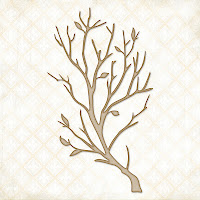 An 8 1/2 x 11 Feminine Layout
Last month I shared a few pages from a gift album I created. Today I am sharing yet another page from that album. This photo is all about this precious baby's dress worn on her 1st birthday. So, the perfect chipboard for this layout was the Sweetheart Dress Form chipboard. I covered it in gesso and crackle paint. It's hard to see the "crackle" in the photo but in person it gave a great effect. 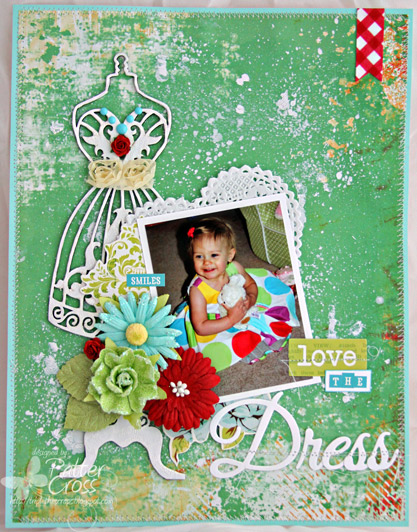 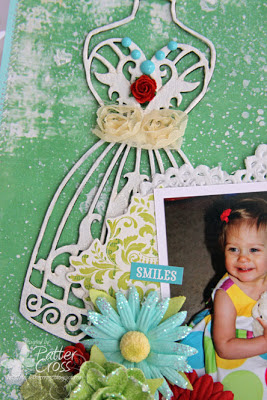 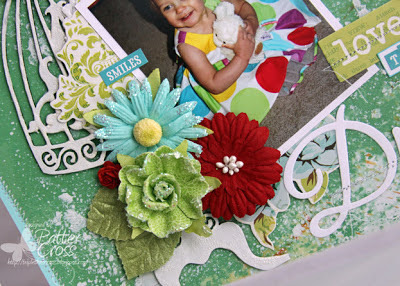 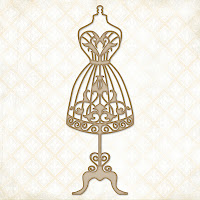 A Small Surprise
I also thought I would do a quick card for today's post. I used the Tuscan Window chipboard and left it raw as it went well with the kraft cardstock I used. 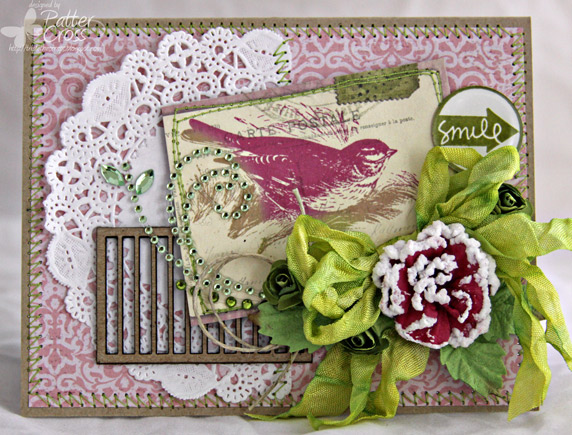 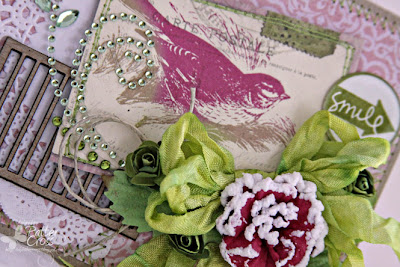 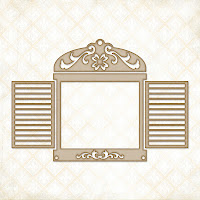 Thanks for stopping by today, and have fun using the Blue Fern Studios chipboard on both feminine and masculine creations!