Hello Everyone,
Its Keren here with two projects for the Blue Fern Studios blog.
The first one is a layout depicting the beautiful colours of fall.
The second project is a winter wonderland double shadowbox canvases.

I used the Deja Vu- Un Voyage a Paris paper for the background. Then I started drawing brown leaves with some water-colour oil pastels to mimic the leaves on the ground. 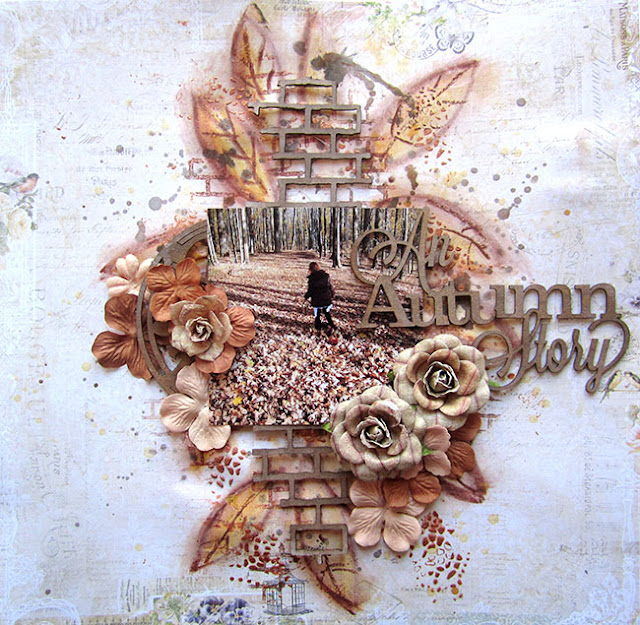 I stamped the brick pattern out of the Essential Texture stamp on the background and I also used the Shabby brick bits behind the photo to double the brick effect. 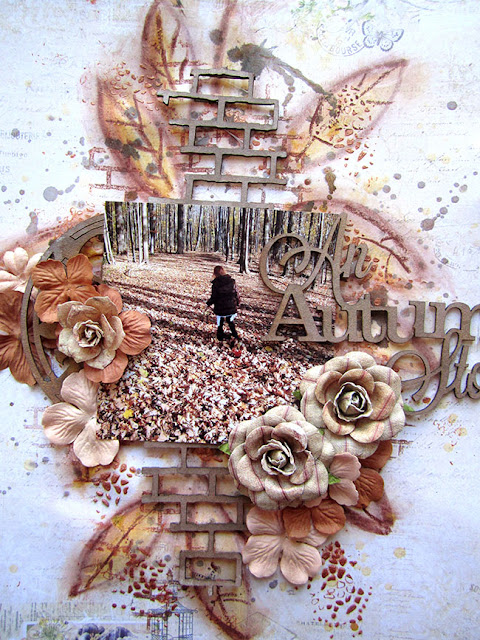 I also used a chipboard Photo arch on the side of the photo along with "An autumn story" title. 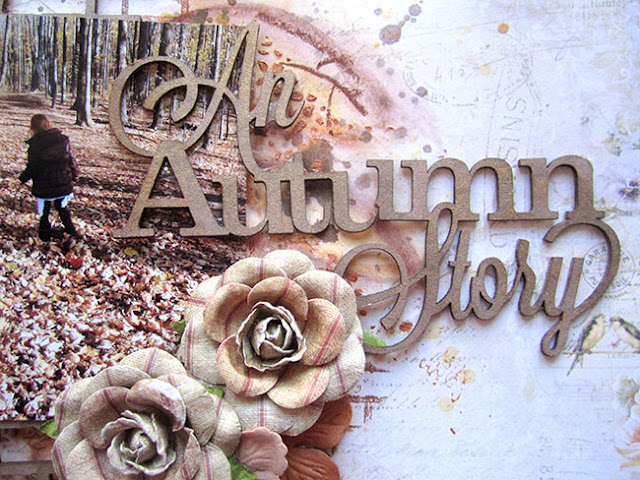 
My second project this month is a set of two 6x6 shadowbox canvases with a wintery theme. 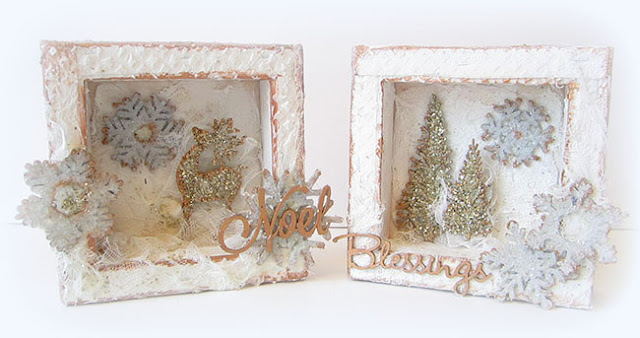 I used the winter flakes and covered them with diamond dust to make them look realistic.
I also used the Winter Forest chipboard set which was covered in gold glitter. 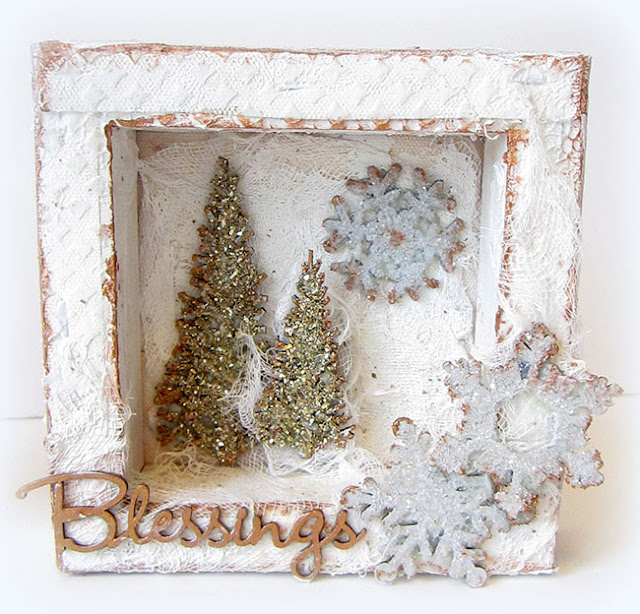 Then I used two separate titles from the Winter title set which I painted in copper acrylic paint.
I used cheese cloth and many other mixed media elements to create this winter wonderland!! 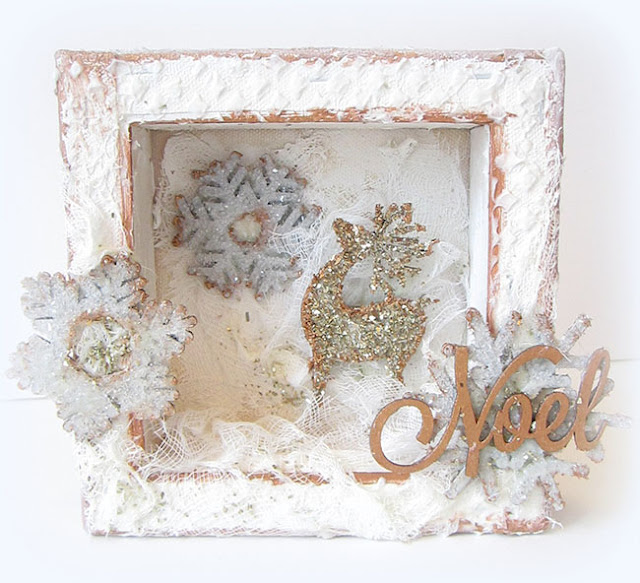 Thank you so much for visiting the Blue Fern studios blog

Keren
Posted by Keren Tamir at 1:00 AM