As another year draws to a close I would like to take this opportunity to share my final Blue Fern Studios projects with you.  It has been a fabulous 6 months.  Thankyou for allowing me to share my work with you.

Today I have a couple of cards and a layout to share.  First up is a general purpose card featuring the Tweet Friends chipboard. 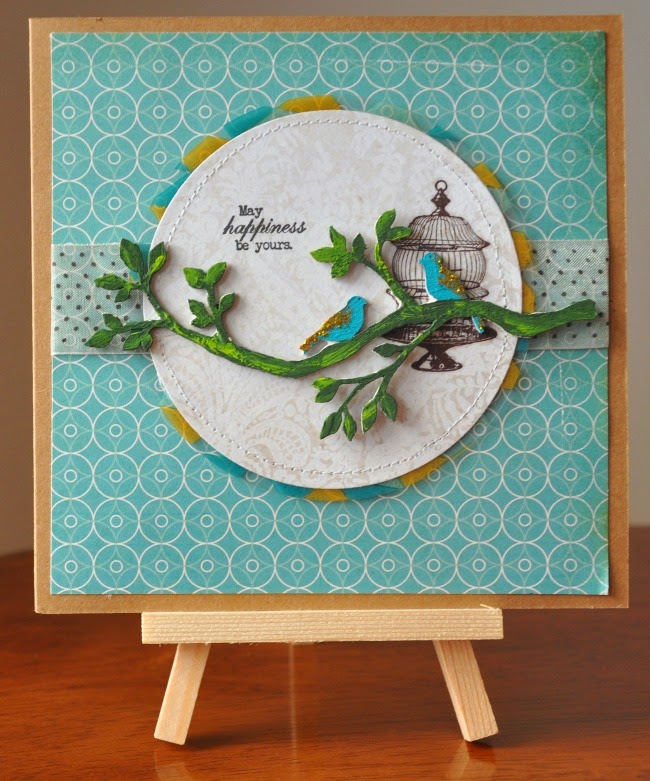 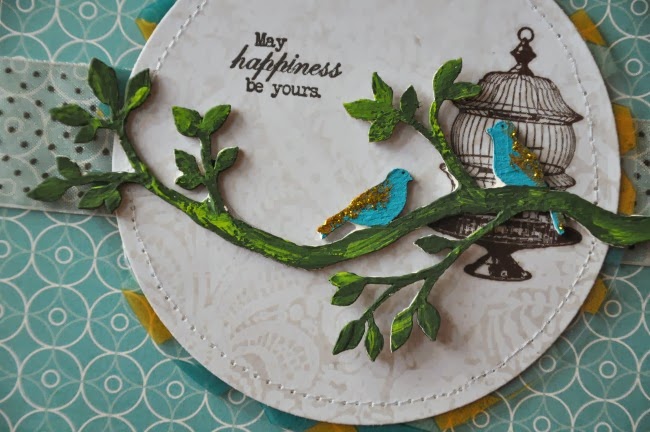 For my second card I focussed on creating a bold centrepiece using a Quatrefoil Garden Panel. 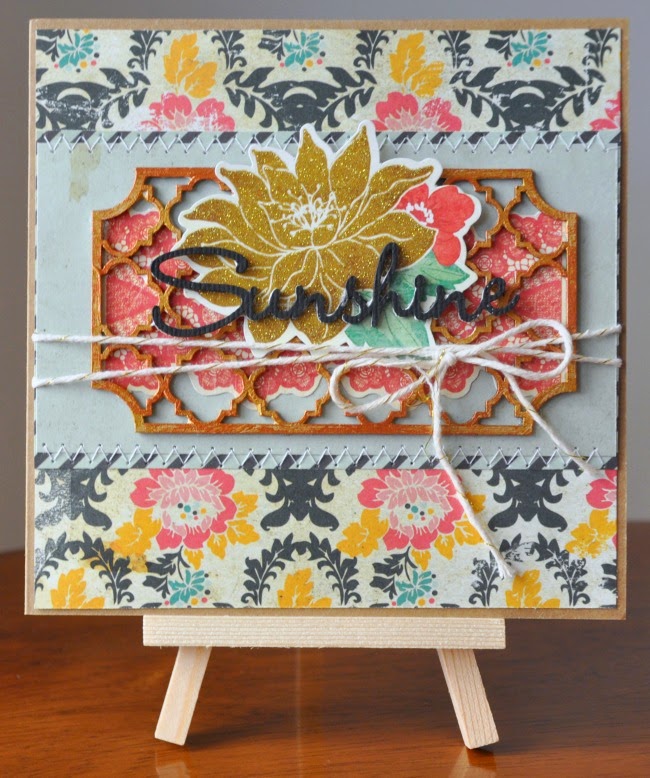 Again the chipboard was primed with gesso and once dry gold paint was applied with a paintbrush.  Afterwards bronze paint was applied with my finger to give a rustic, random finish.  The sentiment, from the Optimist word set, was painted with black paint to provide a lovely contrast against the bolder colours of the Quatrefoil Garden Panel and the other embellishments. 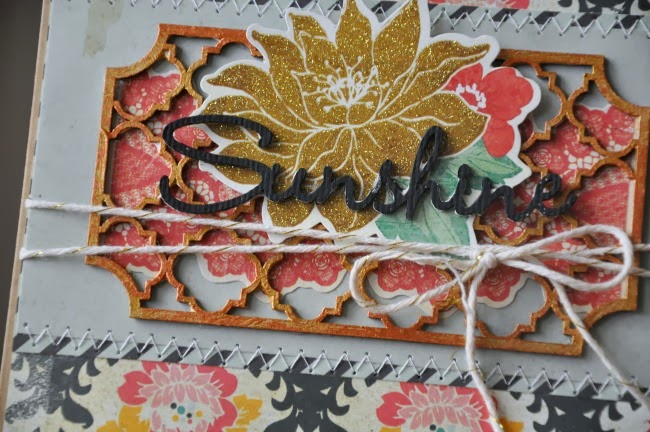 For my final project I have a layout of my daughter with a background featuring the cut-out pieces from the Quatrefoil Panel. 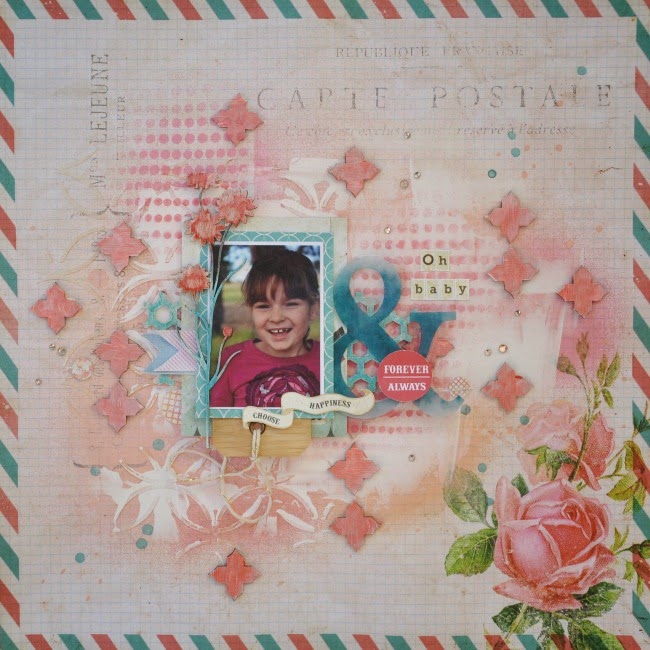 I have a bag full of these fabulous little cut-out pieces and I refuse to part with them.  They are a great way to add texture and interest to a background as well as creating a great opportunity to play with inks, mists and paints. 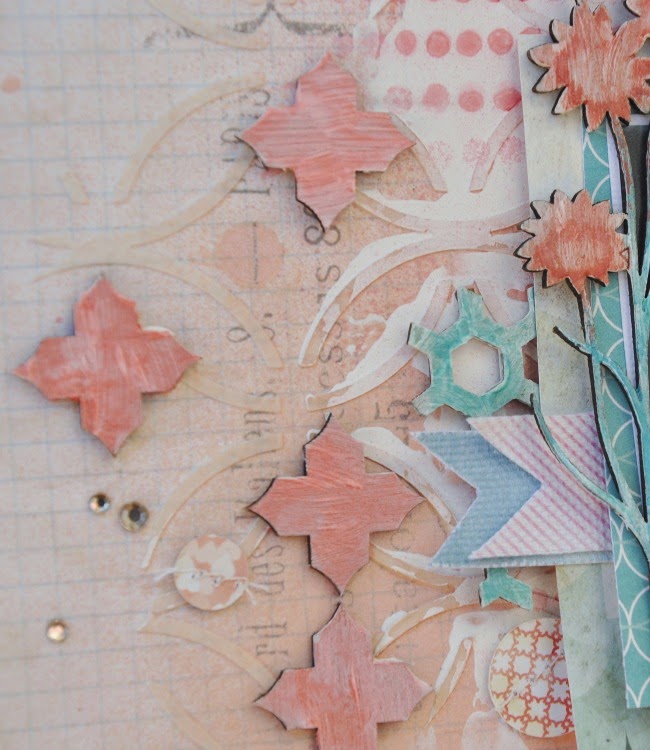 The cut-out pieces were primed with gesso and adhered in position on the page.  They were first painted with a textured paint before being painted with Shimmerz paints to better match the colour palette I was looking for.  The Bits of Honey piece was painted with a combination of mists that complemented the papers I had chosen to use. 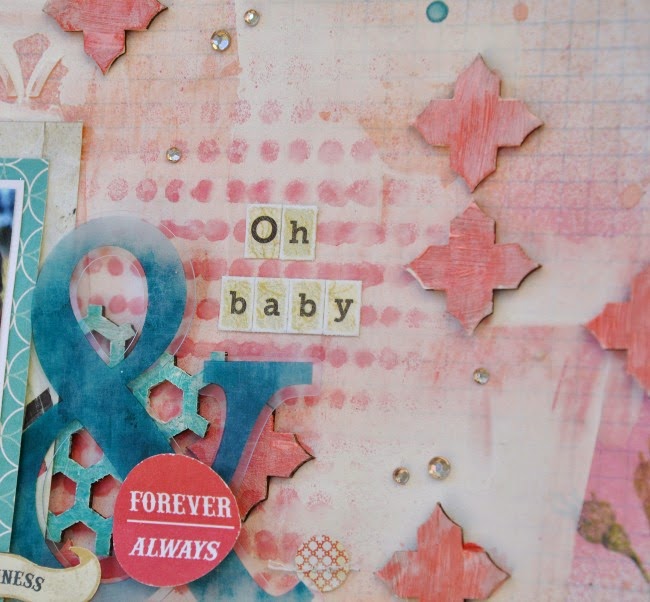 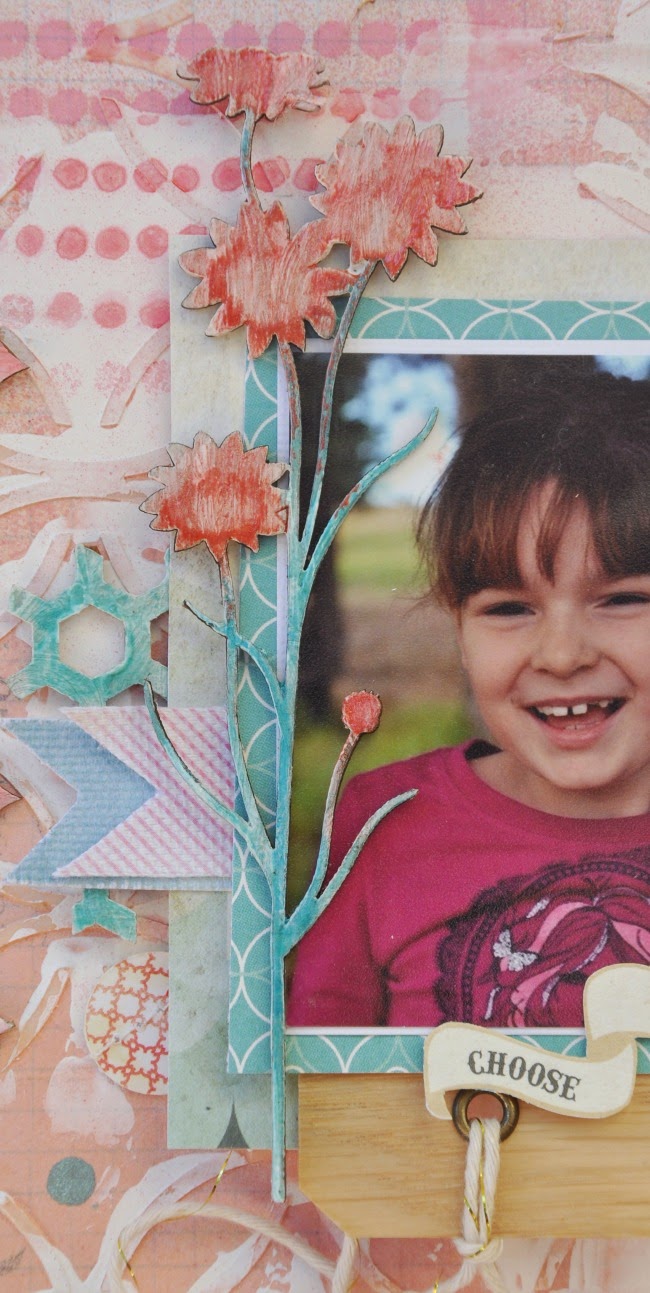 It has been an absolute pleasure to design for Blue Fern Studios.