Want to Catch Your Dreams....

Hello everyone.  Joyce here, hoping to inspire you to create your own dream catcher too.  I've been seeing a lot of reference to dream catchers in movies, books, and while surfing the net, and I found the idea fascinating.  Of course, if you're like me, once you've been bitten by the inspiration bug, you just have to give a try and see what comes of it. 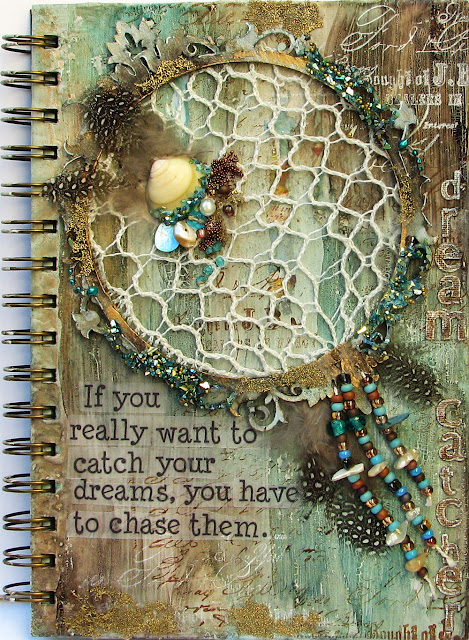 I found an ugly journal in a bargain bin at a craft store and applied gesso to the cover. Once the gesso dried, I then started applying mists, paints, fusible webbing and stamps to create an earthy looking cover to go with the theme of the dream catcher.  The Floral Clock just so happened to be the perfect size for the journal and here's what I did to create a dream catcher out of it. ﻿


1.Cut out the floral circular portion of the clock and apply a layer of gesso over the entire chipboard, allow to dry.


2.Spray Expresso Adirondak over a few parts of the chipboard, set to dry.


3. Foam over other areas of the chipboard that were not covered with the Expresso Adirondak spray, set to dry.


4. Apply antique gold Rub’N Buff over a few areas of the chipboard.


5. Glue a piece of netting behind your chipboard, set to dry.


6. Apply glitter and micro beads on various parts of the chipboard with glue.


7. Add feathers, shells and beads to beautify your dream catcher.


Caution: The Rub’N Buff product is flammable so be careful when you’re using your heat gun.


Inside of the cover of the journal:  The clock face was treated with white crackle paint,  and sprayed with the same mists as was used on the circular part of the chipboard. A brown watercolor pencil was used in the small crevices.  Add some Glimmer Glam sparingly on top of the clock and set to dry.
Easy, right? 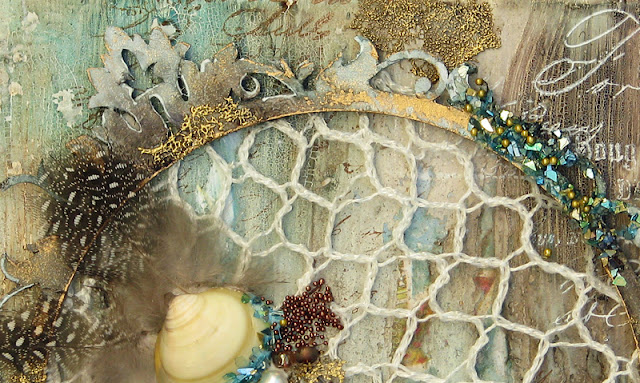 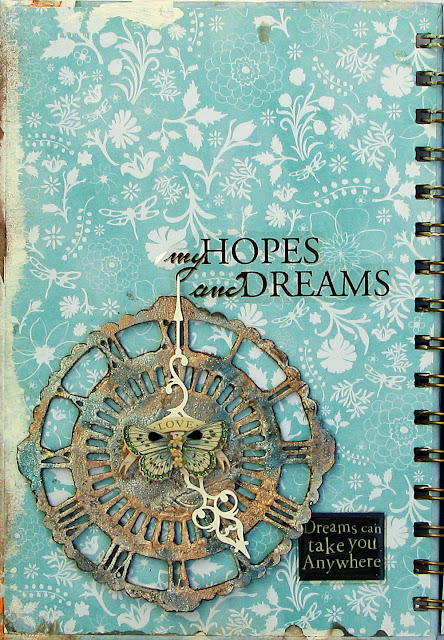 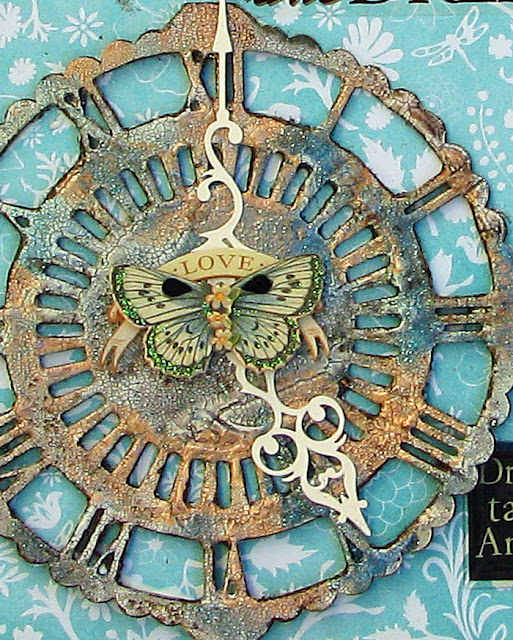 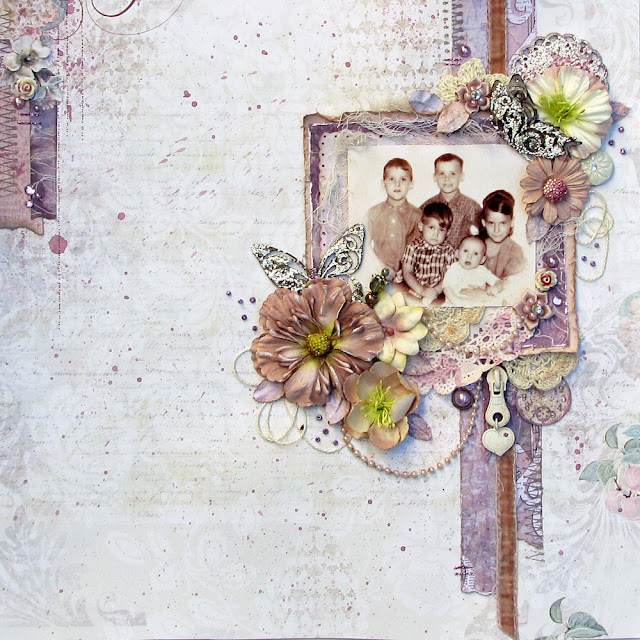 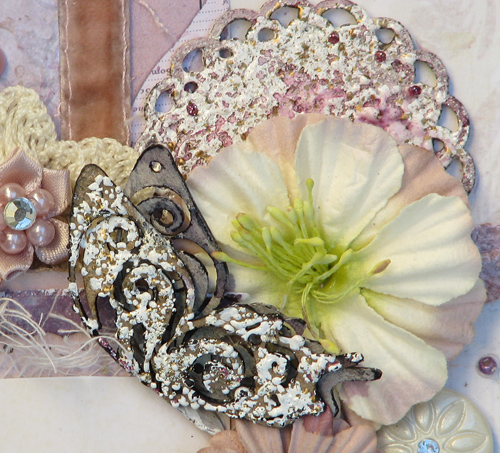 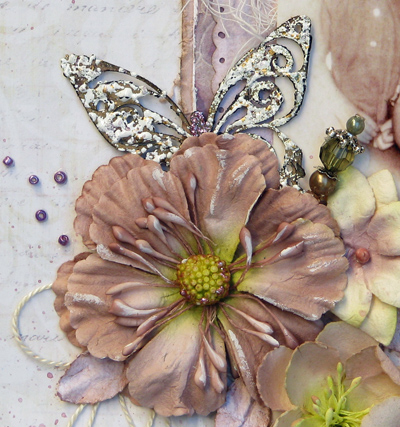 One of the Brigitte Butterfly chipboards was immersed in water to break down the chipboard and split in two. One-half of the chippie was set aside to dry flat, and the other was treated with a little fabric stiffener, gently folded over (do not crease) and set on a lid on a bowl and allowed to dry. Apply tacky glue with your fingers over the chippies sparingly (don’t cover up the entire chipboard) and sprinkle some Stampendous Enamel Embossing powder over them. Heat set the embossing powder with your heat gun, and watch the lacy appearance emerge from the embossing powder. Apply some color glaze paint over the embossing treatment sparingly. The same application was applied to the one of the Blue Fern Studios nesting circle chipboard as well. I used a Design Honey Sketch on this layout.
We hope you found some inspiration today to create something fabulous with your Blue Fern Studios Chipboard. 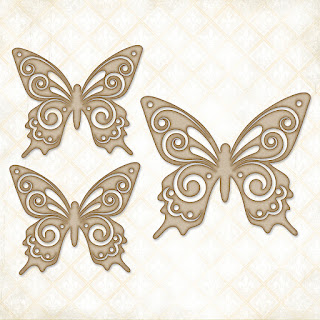 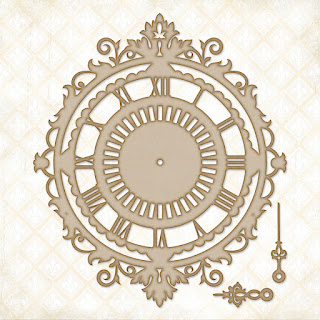 Posted by Scraps of Elegance at 12:01 AM