Today I'm up on Blue Fern Studios blog with three new projects. The first one featured the Tranquility collection: it was perfect for this photo of Marilyn Monroe. 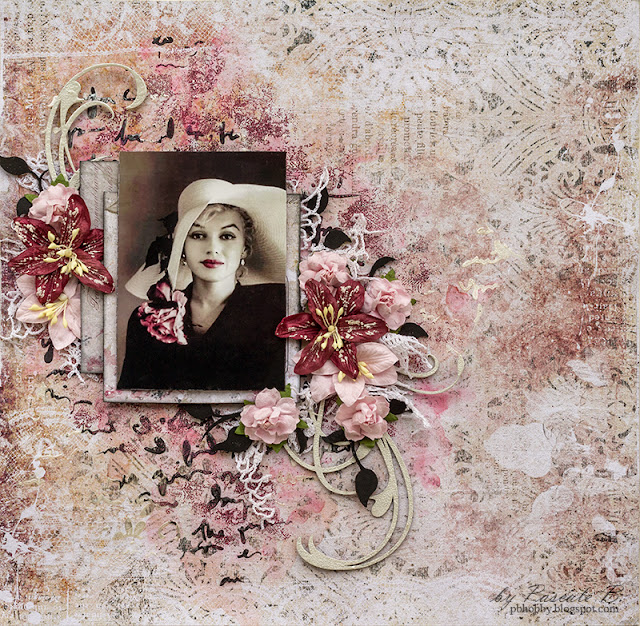 I started to cover the Hushed paper with a thin coat of clear gesso; Then I added a design with a stencil and two pastes: black heavy gesso and platinum crackle paste. 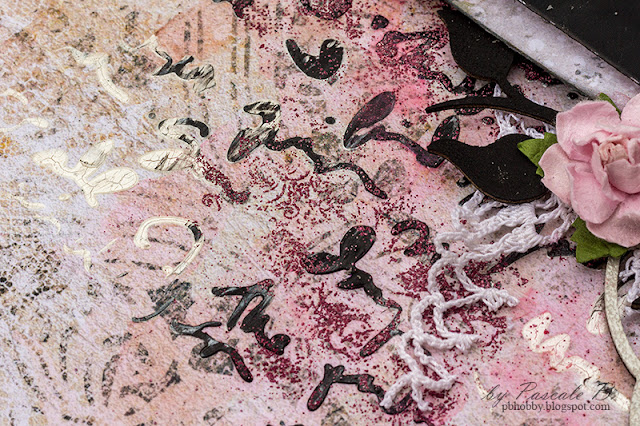 When dry, I added more texture with the Arcadia Texture stamp and the Magenta embossing powder. 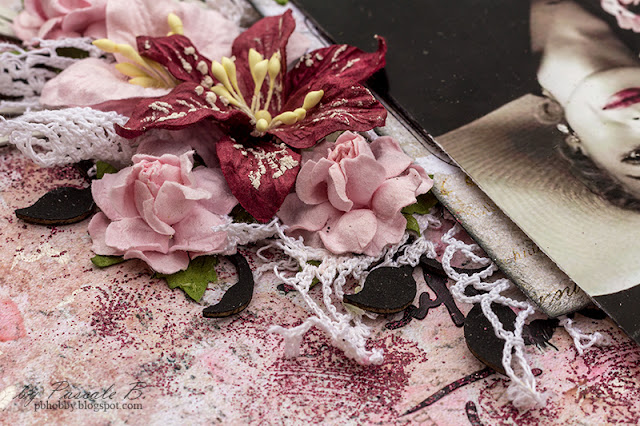 I just painted the Chelsea Vines with black gesso. 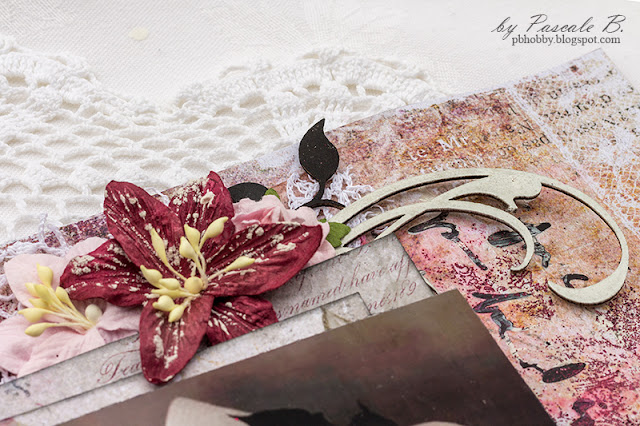 I embossed the Corner Flourishes with Pearl embossing powder. 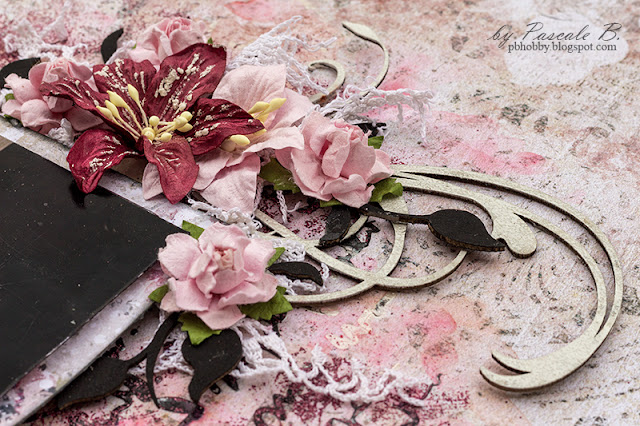 Then I glued all the embellishments (flowers, chipboard and lace) with a 3D gel. 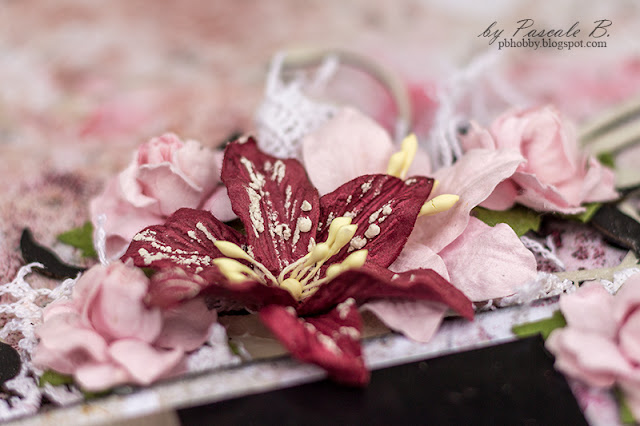 
The second layout feature the Timeless collection which is perfect for this photo I've taken in the park of the castle of Chaumont-sur-Loire (Loire Valley, France). It's a sculpture from Giuseppe Penone: “Trattenere 8 anni di crescita (Continuerà a crescere tranne che in quel punto), 2004-2012”.) 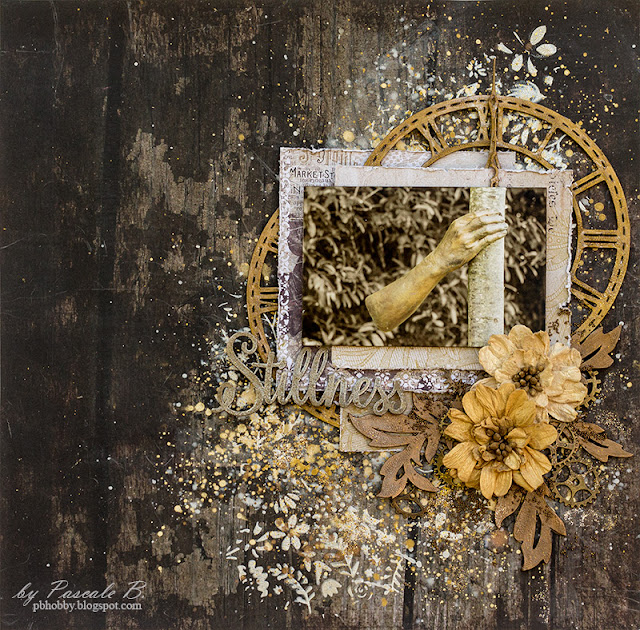 As usual, I primed the Abode paper I chose as background with clear gesso. Then I added a design with a stencil and platinum crackle paste. I sprinkled Foll's Gold and Pyrite glitters while the paste was still wet. 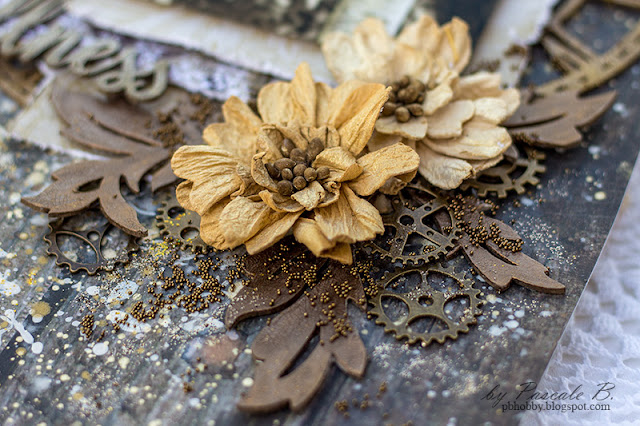 I splattered watered gesso and let dry. Then I continued some splattering with gold and rust mica powders mixed with water and gel medium as well as gold paint. 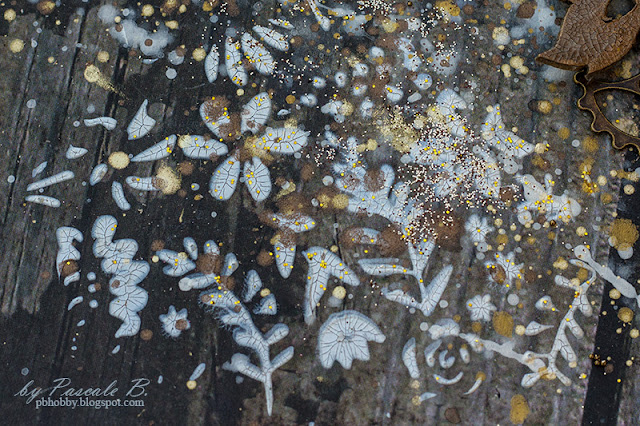 In the meantime, I painted the Roman Clock with a gold acrylic paint. When dry, I added a coat of clear crackle paste and let dry naturally. I added some rust mica powder to darken the crackle as well as some pale silver mica powder to lighten the clock face. 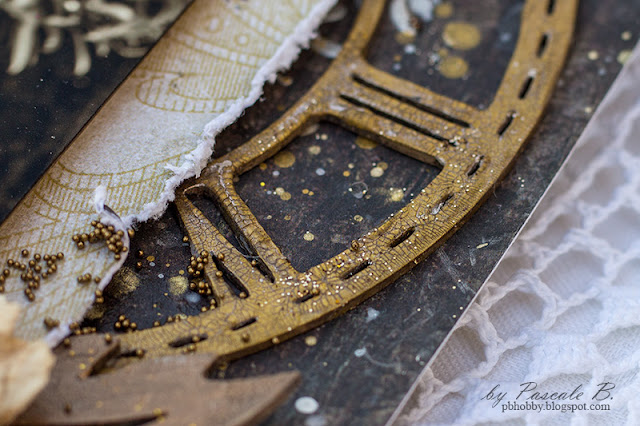 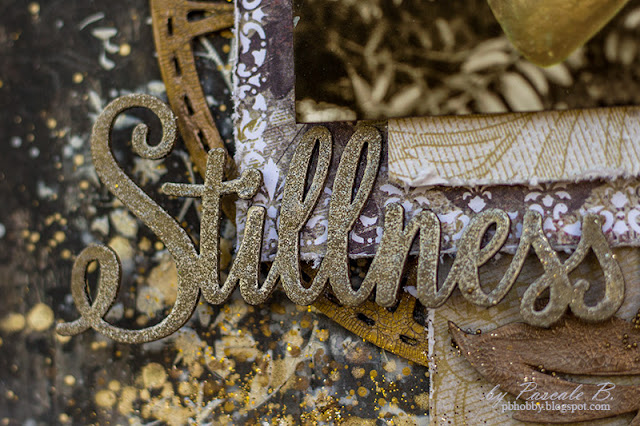 I primed the Arching Leaves with white gesso, then I painted it with a rust mica powder. Then I added a coated of clear crackle paste. 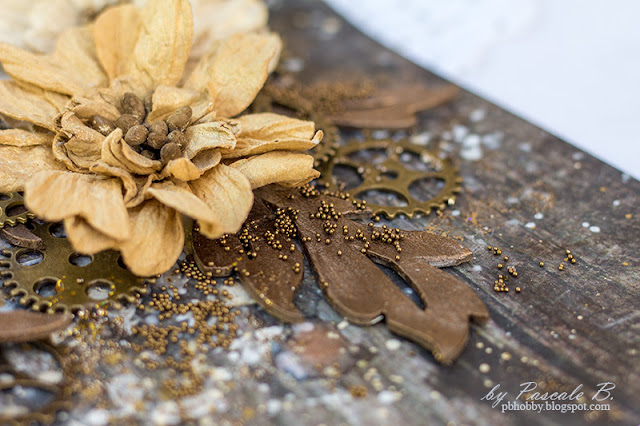 When all the embellishments were glued, I added some micro beads.


I chose to work with the Tranquility collection again for my third layout. 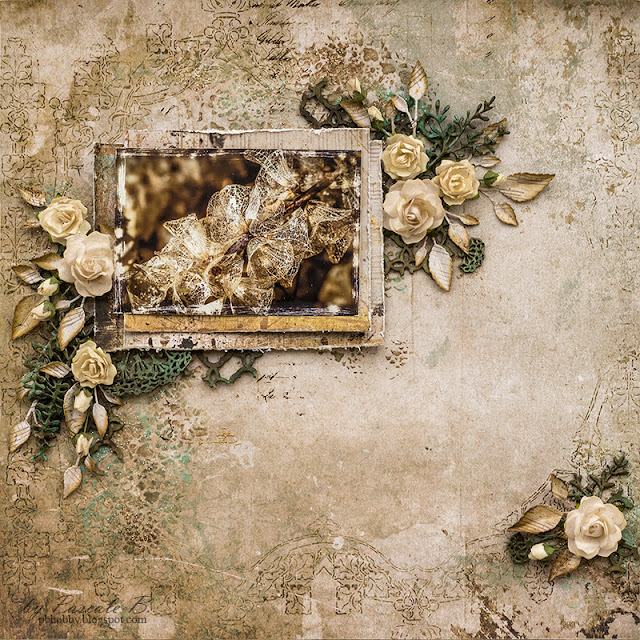 I primed the background with clear gesso. Then I added a design with a stencil and clear crackle paste: I covered randomly the stencil with two chalk inks before applying the crackle paste through it. 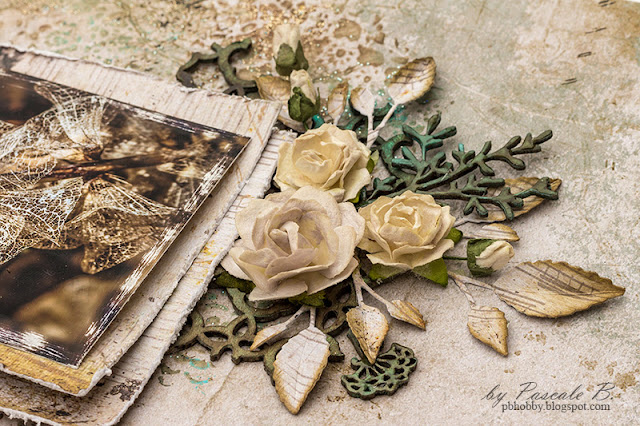 While the crackle paste was still wet I sprinkled some Pyrite and Blue Ice glitters. 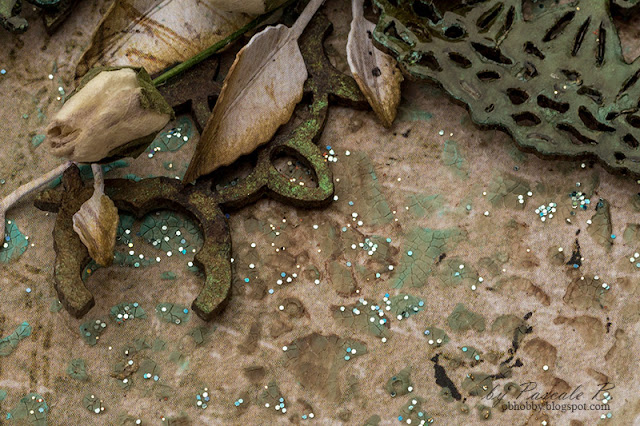 I sprayed all the chipboards with two inks: a brown and a teal and dried them. Then I added the same chalk inks I used previously with the stencil, sprayed some water. 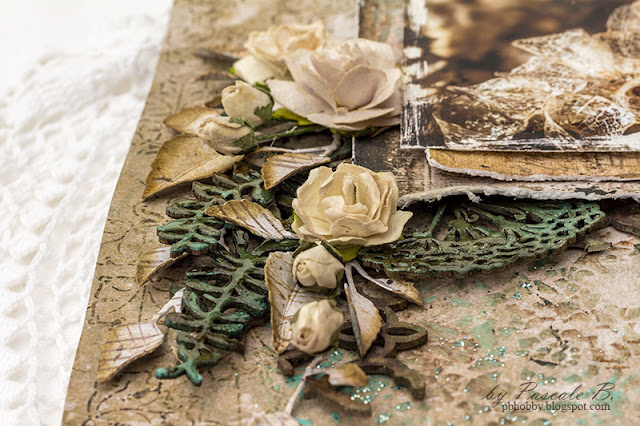 I kept the Floral Garden Bits like this and I covered the Layering Stems with Glossy Accent. 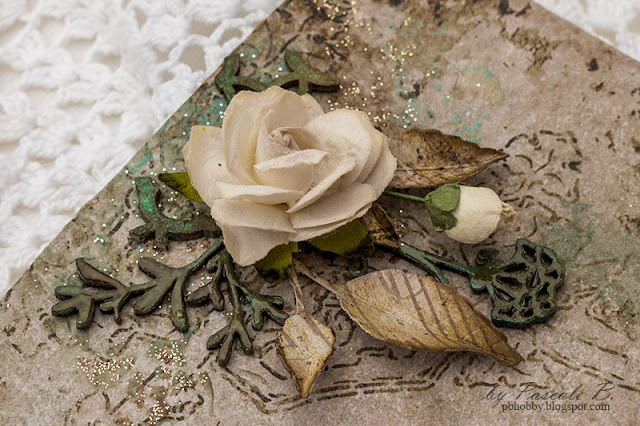 I die-cut some leaves in the Jubilation paper and I colored the flowers lightly with a beige watercolor. 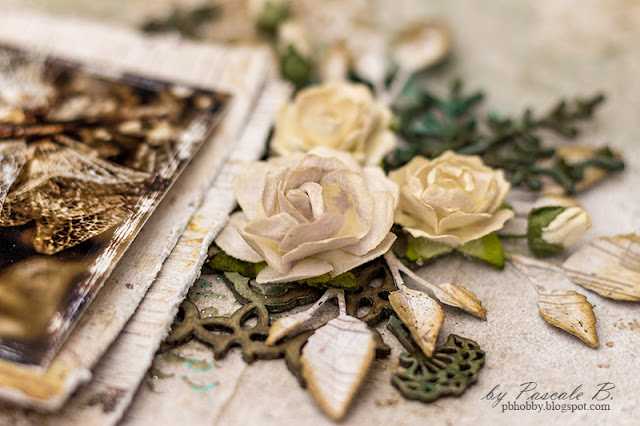