A layout and an art journal with Jackie Clark 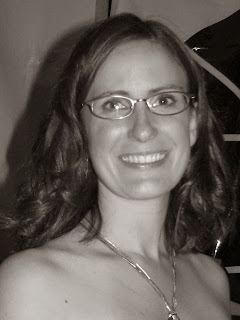 A little about me... I am a very soon to be 35 year old mother of three little boys. I have been married to my highschool sweetheart for 10 years, and we have a rowdy black Lab who rounds out our family. I live in beautiful Vancouver, BC, Canada, and we enjoy all the West Coast has to offer - skiing in the winter and boating, biking and swimming in the summer.

I have been scrapbooking since 2000, but took a couple years off after the birth of my oldest son; when I came back to it my style evolved from flat, multi-picture, two page layouts to what I love today - texture, color and dimension. You can see more of my work on my blog at www.scrapsofbrilliance.blogspot.com. 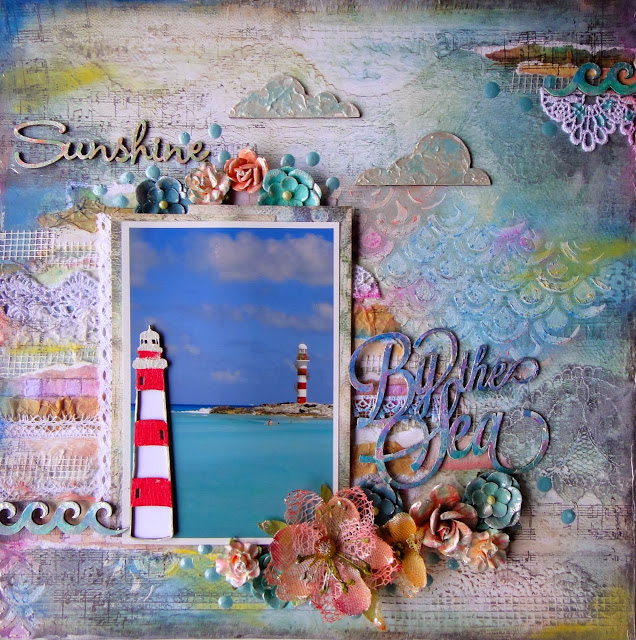 I generally scrap photos with people in them, however this lighthouse on the easternmost tip of Mexico that was attached to the hotel we stayed in last year was too beautiful not to scrap, and coordinated perfectly with the By The Sea set. I also added in the word "Sunshine" from The Optimist Word Set and some clouds from the Cloudy Skies set. 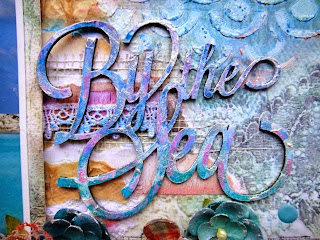 Though the color scheme for both sets of words differs, they were treated in the same way - I primed them with gesso, then built up colors with Gelatos and finished them off with some shimmery paint which added some dimension and toned down the brightness of the Gelatos. I quite often add additional layers of media to my chipboard until I get an effect I am happy with. 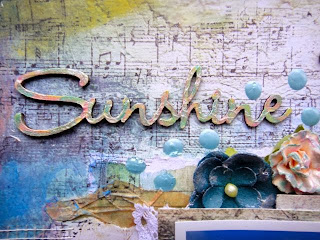 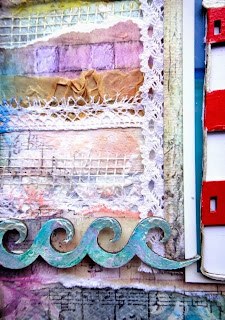 The clouds were also treated with two colors of shiny paint which I applied with my finger to give them texture. 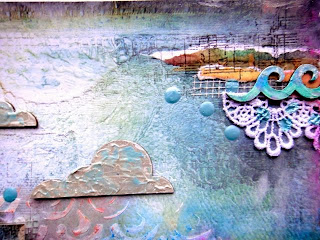 By The Sea
The Optimist Word Set
Cloudy Skies


My next project was a Christmas gift for my niece, who loves art journaling and card-making. I made the covers out of cardboard and built the journal up from there with her tastes in mind. 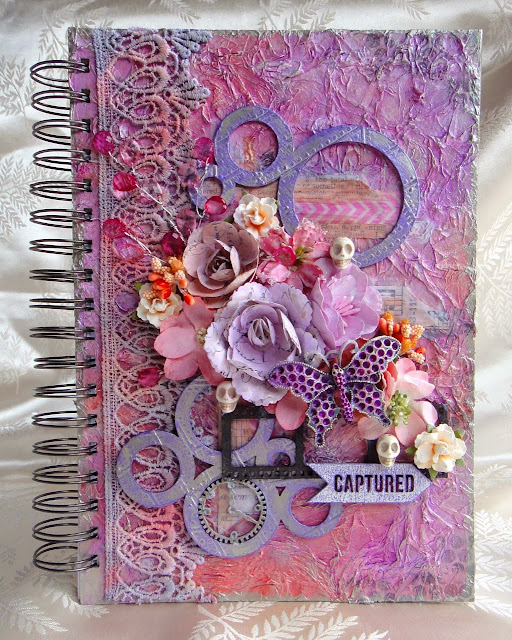 The Circle Groups chippies provided fantastic anchor points for my cluster. I started by painting them with a metallic paint, then ran them through my embossing machine and added touches of metallic purple paint to accentuate the raised areas. 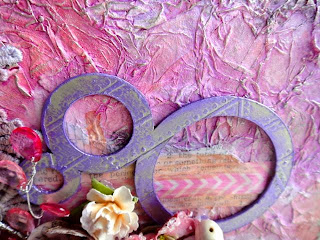 Lo and behold, one of my metal clock accents fit perfectly inside one of the circles. 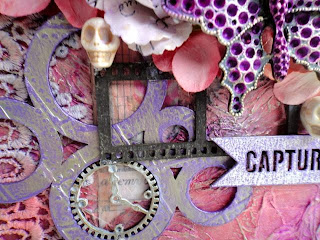 The film strip from the Picture Perfect set was simply pressed into a black ink pad, leaving some areas untreated. The word "Captured" was painted with gesso and then I added some of the metallic purple paint I'd used on the circles. 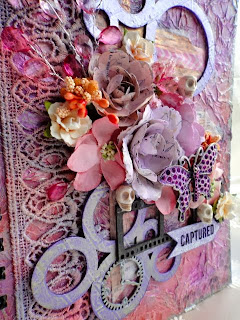 Thank you for stopping in to have a look! I hope you will check back often; the rest of the Design Team will be introducing themselves and sharing some marvellous inspiration over the course of the month. And a special thank you to Leslie and Valerie for including me in this wonderful team!