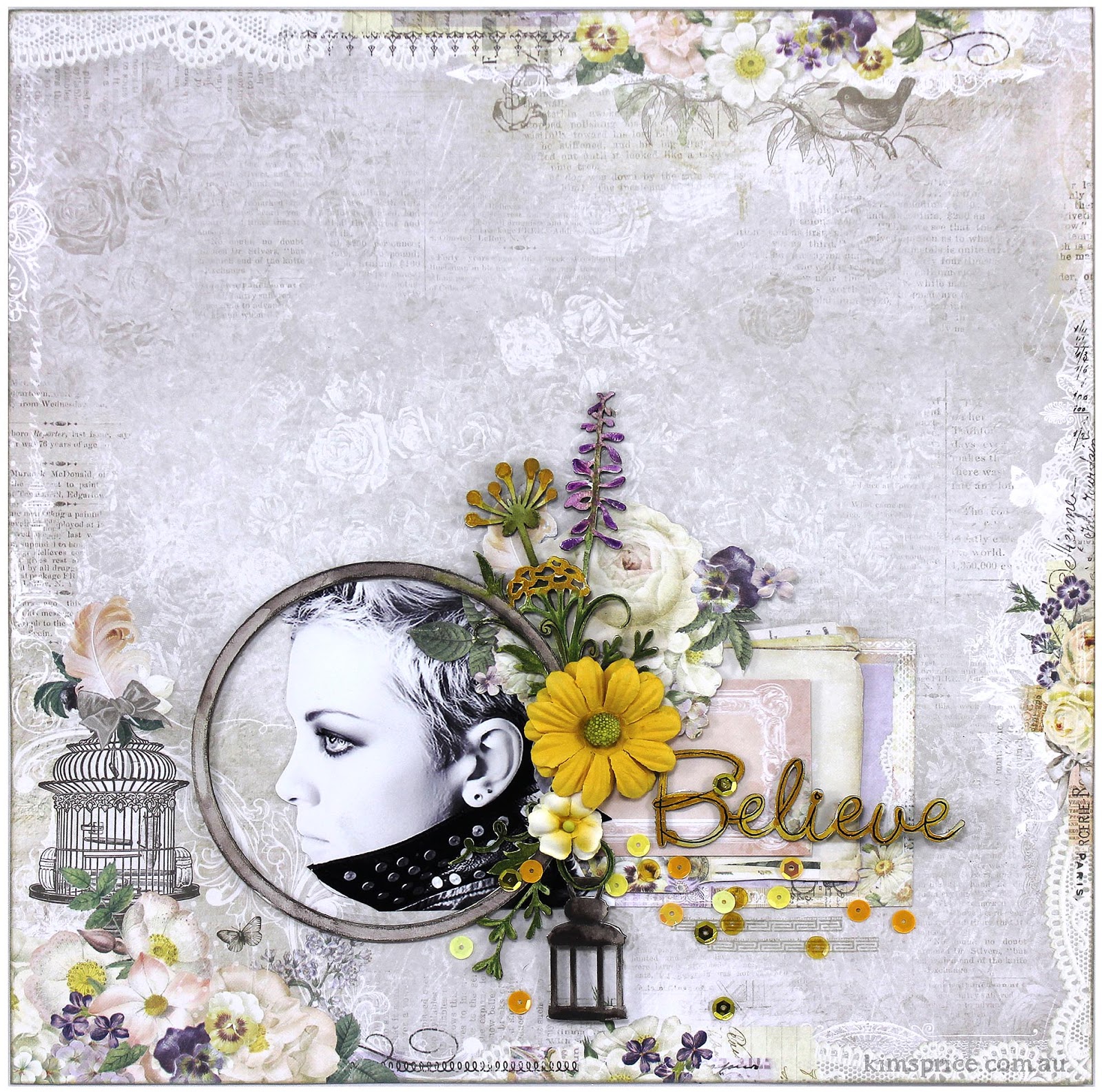 Hello everyone, it's Kim here today and I'm really excited to be sharing more projects featuring the brand new Deja Vu collection along with some amazing new chipboard from Blue Fern Studios.

My first project today is a layout featuring a much loved photograph of my eldest daughter taken recently. This dramatic black and white photo of her coordinates perfectly with the Twilight Garden Frame fitting snugly inside, and I've teamed this piece with a sheet of Deja Vu La Plume patterned paper as my background. 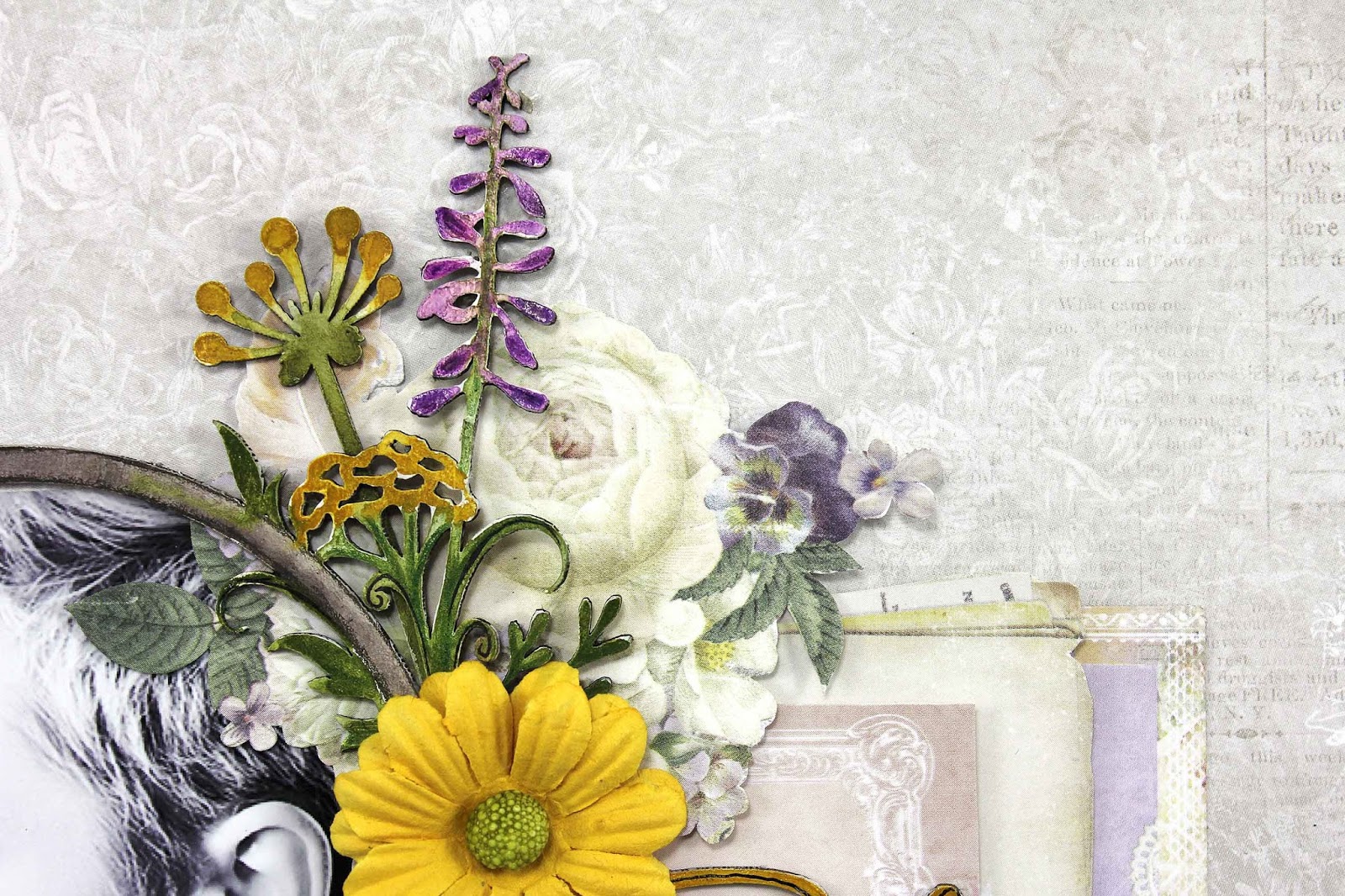 I've given my chipboard a coat of gesso and when it had dried added a lovely splash of color with watercolor paint. I've also gone ahead and added some finer detail with colored pencil for some added definition. Using a second sheet of La Plume patterned paper I've cut out some of the flower images and layered them between my photo and chipboard frame for a layered effect. I just love how the flowers and leaves look on my daughter's hair. 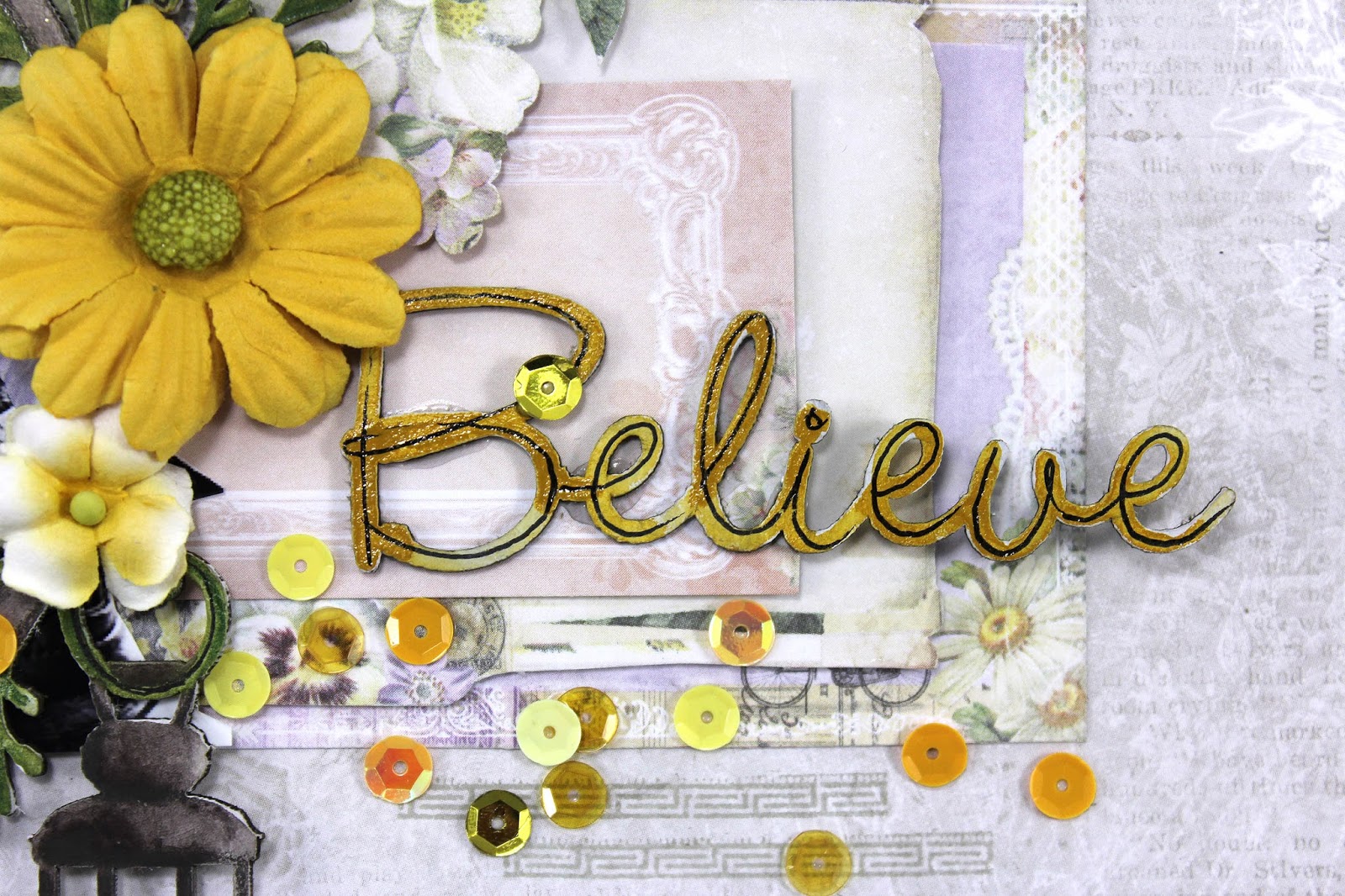 I've also added some paper layers from Deja Vu Petites Cartes patterned paper, cutting around a few selected journaling cards and adhering them in place along with my title "Believe" from the Spiritually Speaking set. When the watercolor had dried on my title I've simply added some doodling using an archival quality permanent fine black marker. 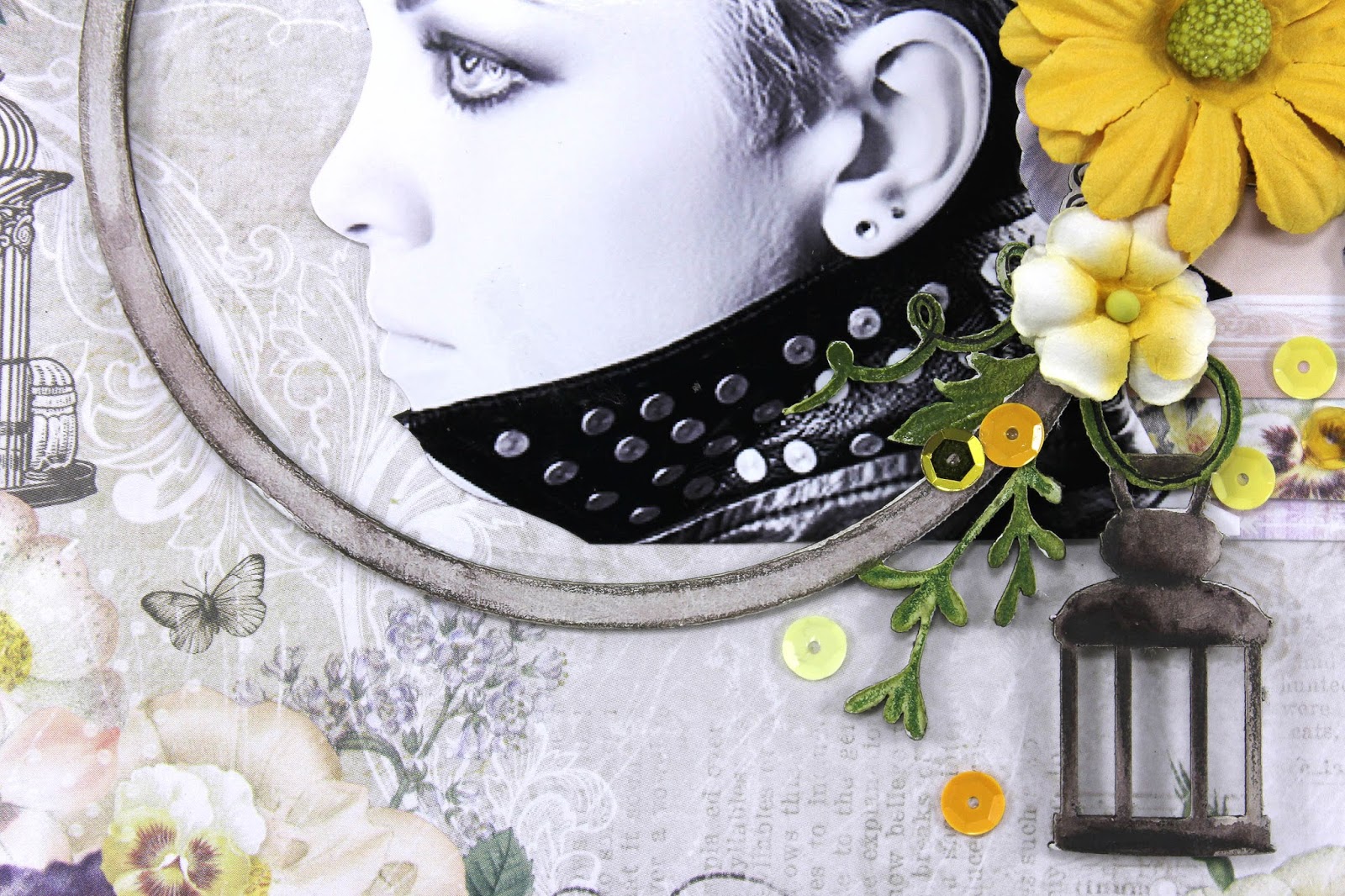 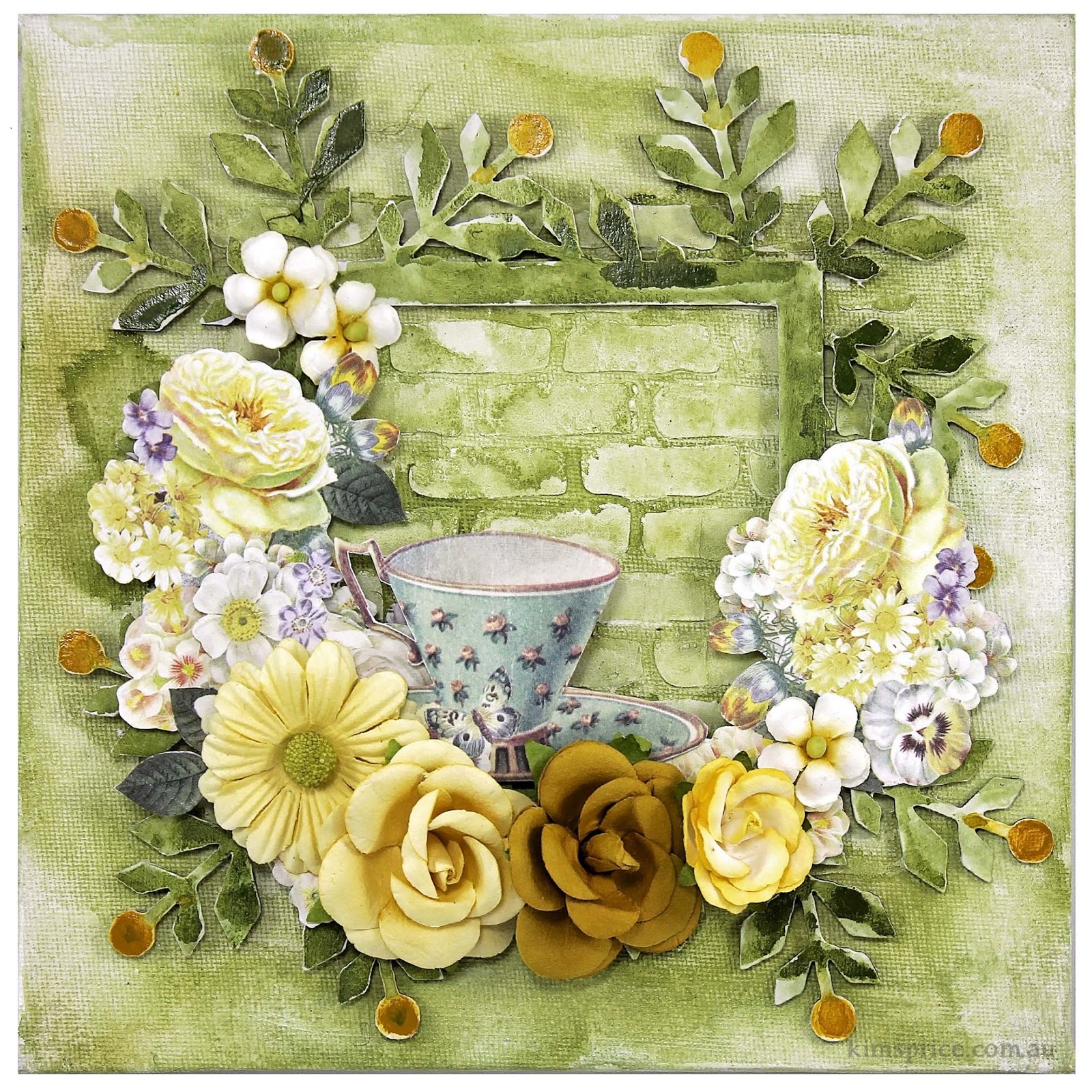 For my second project today I've chosen to create a small canvas measuring 8 inches x 8 inches, which is the perfect size to fit the Winter Flake Frame comfortably. I added some brickwork texture using impasto, gesso and then painted the whole background in a washy shade of olive green.

Next I painted my Winter Flake chipboard frame with gesso, adding watercolor paint for a variegated effect and mounted the frame on my canvas with some dimensional tape. 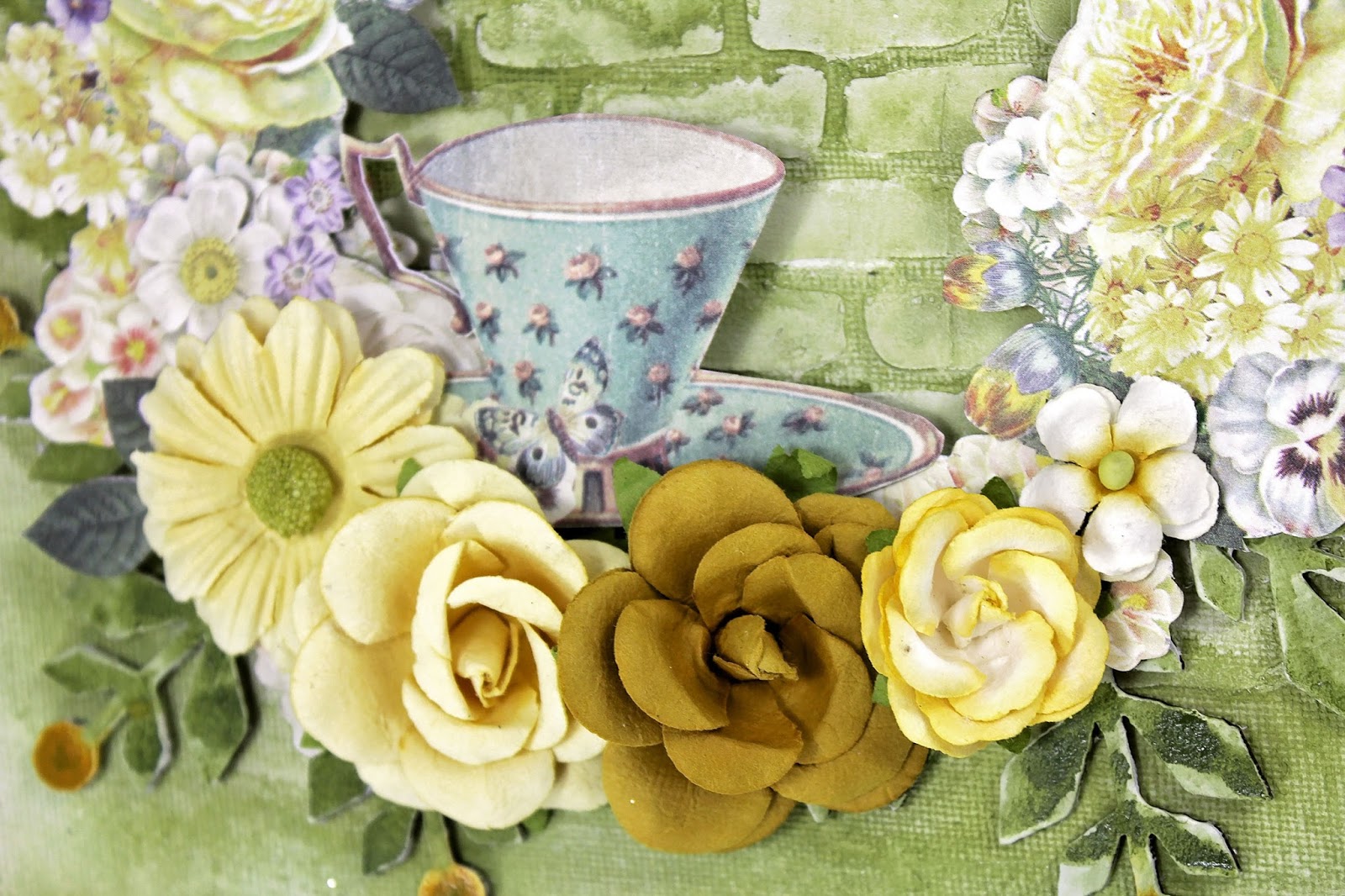 I've fussy cut the teacup image from Deja Vu Petites Cartes patterned paper as well as some of the flower images from my leftover pieces of La Plume patterned paper, and layered them over the top of my frame with dimensional tape for a great 3d effect. 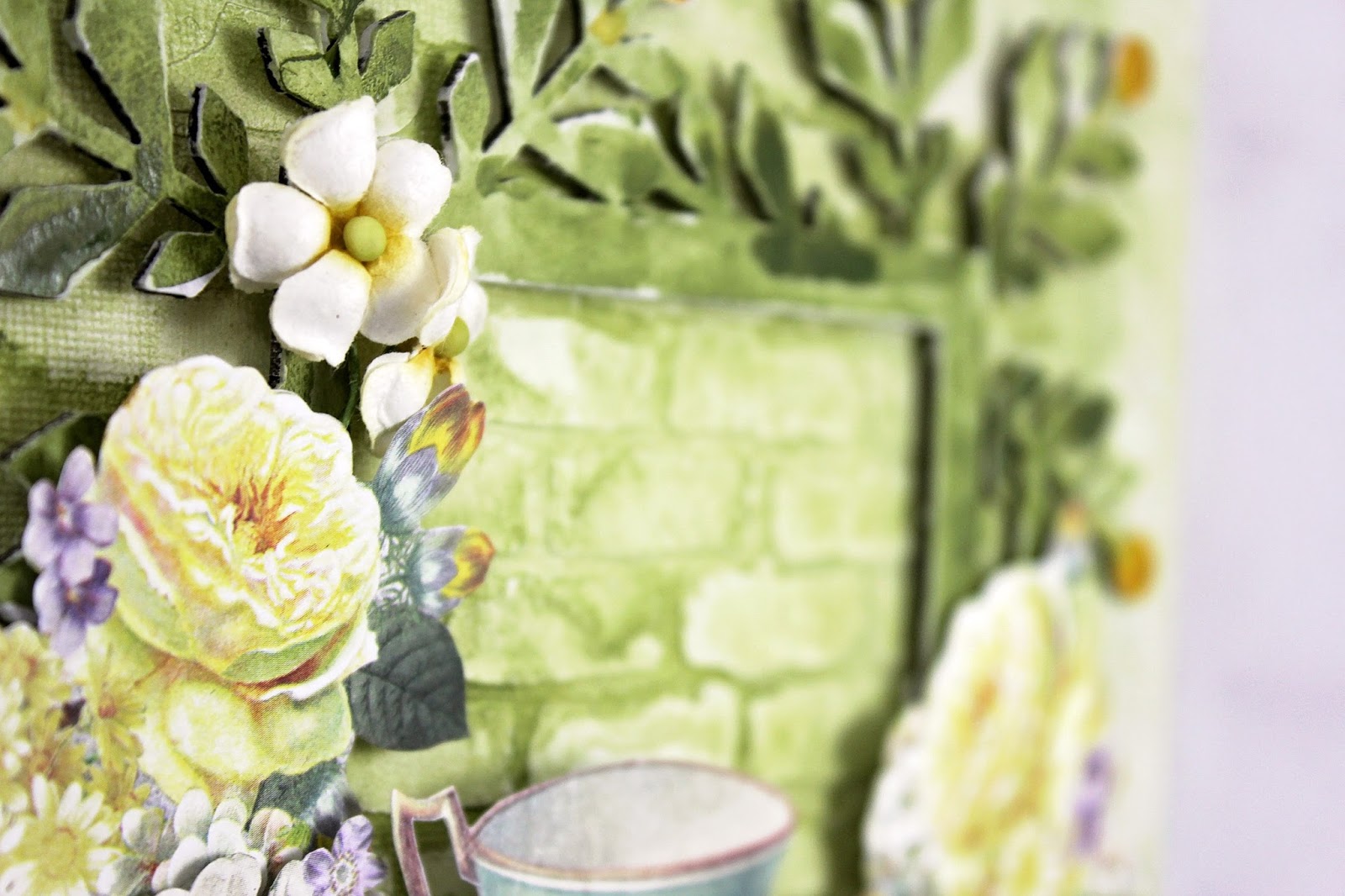 Here's a closer look at some of the fussy cut detail and dimension. 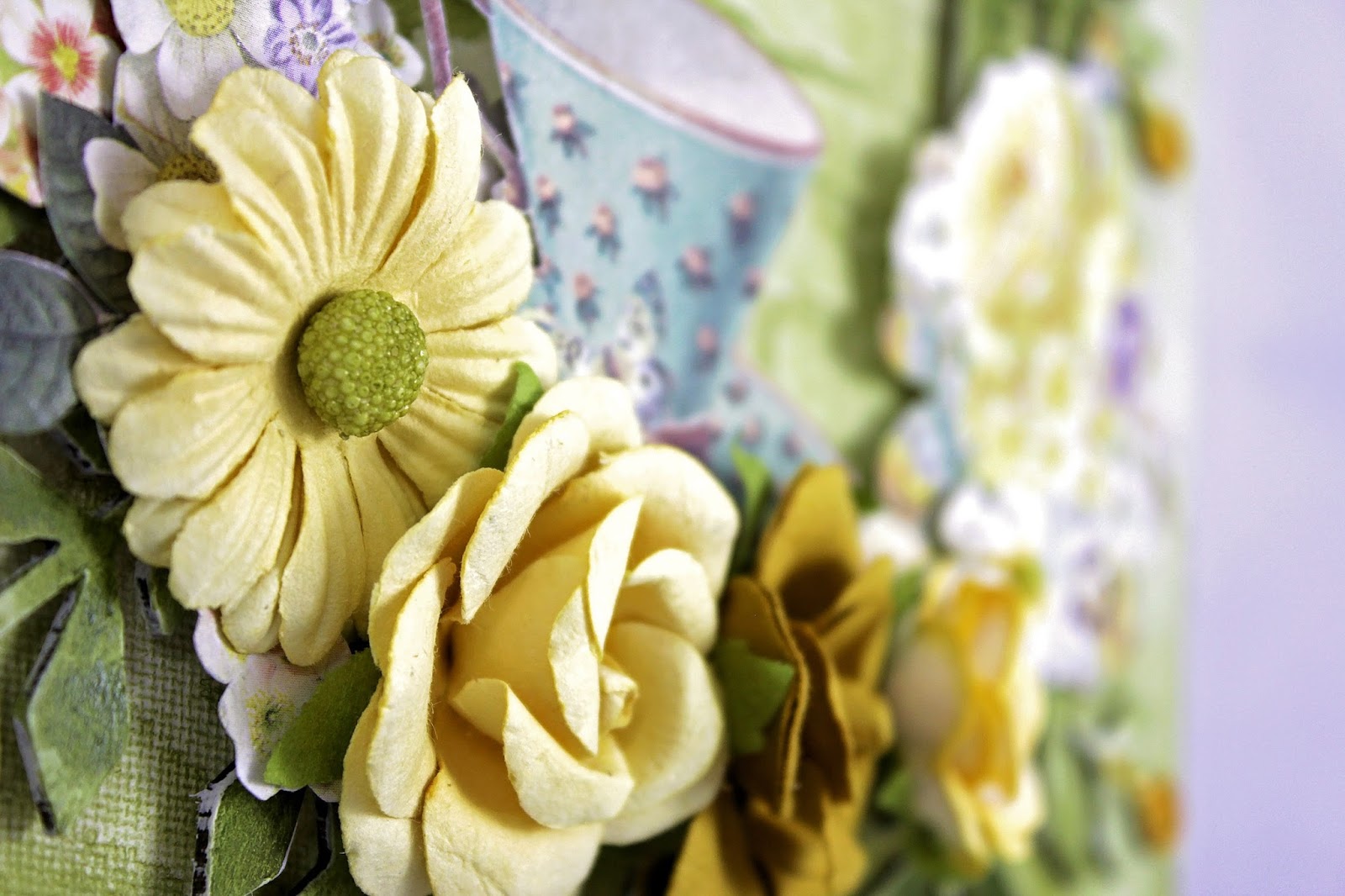 Thanks for calling in today, I hope you have enjoyed my projects!

Glory of the Garden